Ilham Aliyev gives instructions to Azerbaijani historians It turns out that the Armenian leadership, its former bent leaders simply deceived the rich Armenians of the world, organized marathons and raised that money only to spend it the way they liked, Azerbaijani President Ilham Aliyev said. 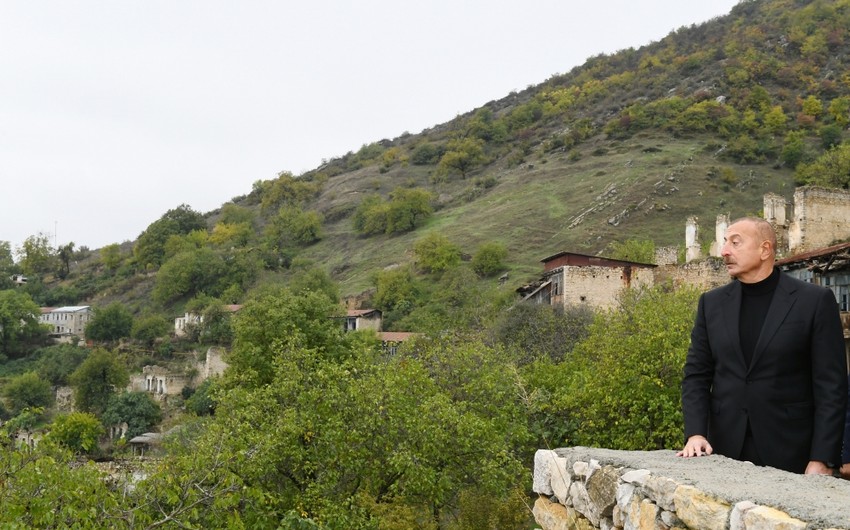 “It turns out that the Armenian leadership, its former bent leaders simply deceived the rich Armenians of the world, organized marathons and raised that money only to spend it the way they liked. They have a large fund, the name of which is Hayastan. For those who do not know, I can say that Hayastan actually means Armenia. I do not know why Hayastan is called Armenia in English and Russian, because Armenians call themselves Hays and their country Hayastan, not Armenia. This is the work of historians. I know the reason for this, but Azerbaijani historians should probably do more research,” Azerbaijani President Ilham Aliyev said at a meeting with members of the general public of Khojavand district on Oct. 9, Report informs.

“As I said, this Hayastan fund has probably raised several billion. Also, wealthy Armenians living in the United States have created their own special funds, created funds for their family members. At least a few billion dollars have been raised in the last 30 years, and the fate of that money, as they say, is unknown. Because if you look at all the liberated places, even where the Armenian population lived, there is no sign of development there.

Look at the state of Shusha. They tried to portray Shusha as their city to the whole world, and they are still doing that today. If it is in your city, then why is it is such a deplorable state? There is not a single new building in Shusha. There are two new buildings. One belongs to the leaders of the separatists and the other to another rich Armenian living abroad. They are villas, their own houses. There is not a single building there. All of the 17 springs in Shusha have been dried up. Well, if this is your city, then why is it in such a state?

Some of you here are from Tugh village. I will take you to Tugh village and you will see what state Tugh village is in now. I was horrified when I was there. They organized various festivals in Tugh every year. Visitors were attracted from abroad and the impression was created that it was a very developed place. It is in a run-down state, the school has collapsed, a community center has fallen apart, almost all the buildings are obsolete. That is the true face of Armenian occupation,” the head of state said.