Ilham Aliyev: Armenians did it deliberately in order to erase legacy of Azerbaijani culture 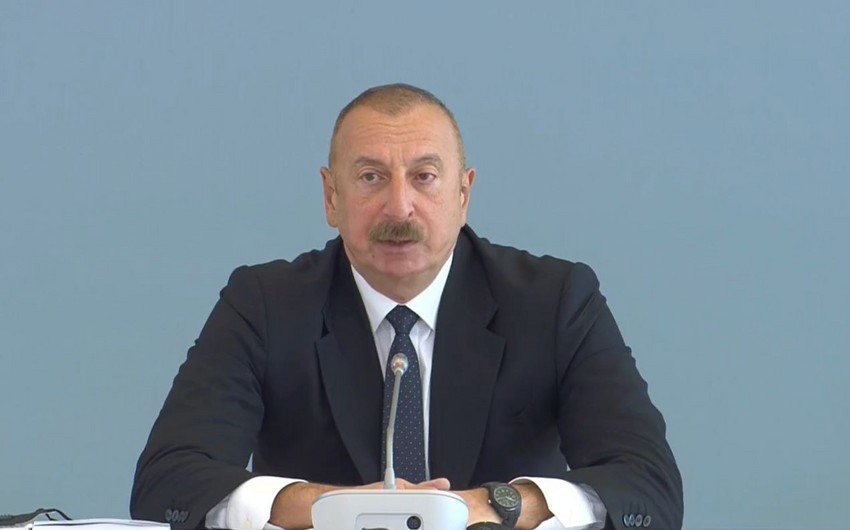 "Our lands were under occupation for 30 years and we cannot exclude our memory, the memory of those who lost their family members the memory of those who were deprived from their fundamental right to live on their own lands," Azerbaijani President Ilham Aliyev said addressing a conference entitled ‘New Vision for South Caucasus: Post-Conflict Development and Cooperation’ at ADA University on April 13, Report informs.

“We cannot forget the atrocities committed by Armenian army. We cannot and will never forget Khojaly genocide and innocent victims of the Khojaly genocide organized by the leaders of Armenia and the so-called Nagorno-Karabakh regime. Therefore, it’s very important to understand that this memory will be with us, we will keep it in our heart. At the same time, we need to look to the future. Also, the destructions on the territories which we liberated are beyond all our worst expectations because we more or less knew what Armenians have done to our cities and villages, because there’ve been from time to time some video footages, some information from international representatives who managed to visit those lands. By the way, probably you know that foreigners who were illegally visiting then Nagorno-Karabakh were deprived from visiting the territories which you visited. They were deprived from going to Aghdam, to Fuzuli, to other territories which surrounded the former Nagorno-Karabakh Administrative District,” he noted.

“Because Armenian government didn’t want foreigners to see the devastation and to see the hatred to Azerbaijanis because it’s clear that those destructions and devastations were done after the First Karabakh War stopped because it’s not possible to destroy cities and villages during the war. They did it deliberately in order to erase the legacy of Azerbaijani culture, in order to erase these territories from our memories, in order to change the origin of those lands,” he added.