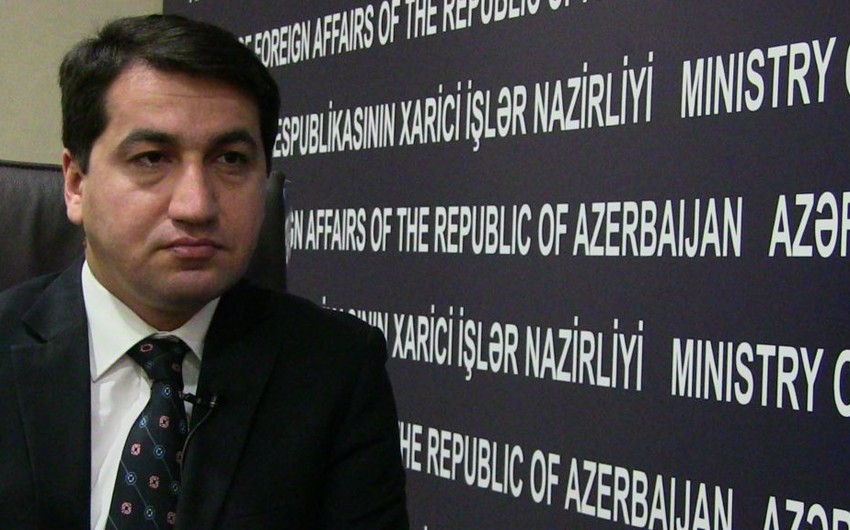 Report was told by spokesperson of Azerbaijani Ministry of Foreign Affairs Hikmat Hajiyev, this statement of the Armenian leadership, which lost its authority across the country and at the international level, is one of the statements aimed at a domestic audience: 'This shows once again that captivated by the past, Armenian political leadership doesn't understand today's reality and thinks as 'field commander' of the end of the 80s of the last century.

We would like to refresh memory of Armenian leadership, which falsifies the history and remind 'Maraga-150' monument in Maragha village of Aghdere region, built in 1978 on the occasion of 150th anniversary of Armenian movement to Karabakh. With the start of Armenian territorial claims against Azerbaijan, 'Maraga-150' monument was been deliberately destroyed by Armenians in 1988. By this logic, Armenians can move and put forward territorial claims 'as historical Armenian land' to other countries where they live within a few decades.

He stressed that Nagorno-Karabakh, which is under temporary occupation of Armenian armed forces, is Azerbaijan's integral history and reign territory: 'Azerbaijan's sovereignty over Nagorno-Karabakh will be fully ensured sooner or later. No one should doubt in it!'