Haber Global: Shusha resident who returned home after 28 years saw only bare walls - VIDEO "Shusha, the cultural capital of Azerbaijan, liberated after 28 years, is now healing its wounds. The people of Shusha are looking forward to the day when they will return to their homes. 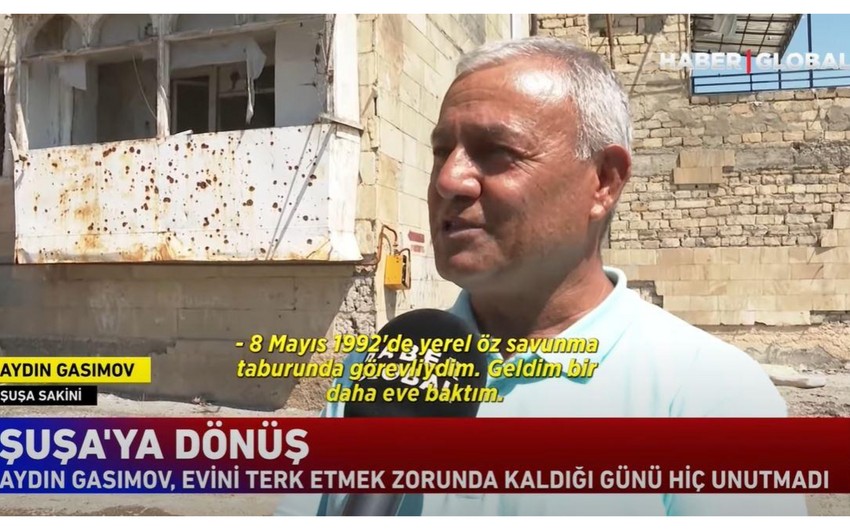 "Shusha, the cultural capital of Azerbaijan, liberated after 28 years, is now healing its wounds. Shusha residents are looking forward to the day when they will return to their homes.

According to Report, Haber Global has published a story of 61-year-old Aydin Gasimov from Shusha, who returned to his home after 28 years.

Aydin Gasimov has finally returned to Shusha, the city where he was born, grew up, got married, and had children.

"Thank God for this day that we are now in Shusha. Today I am at home."

Gasimov, who was happy to be in Shusha, also spoke about the occupation of the city:

"I came home one evening, and at night the enemy started firing rockets at the city. The children were holding my hands, and for the first time in my life, I felt that my knees are shivering with fear for children. I lost myself for a moment. "

Gasimov also visited his house in Shusha. But years later, in the house where her youngest son was born, he saw only bare walls. The resident of Shusha said that only an iron stick that he prepared to support a washing line was still there.