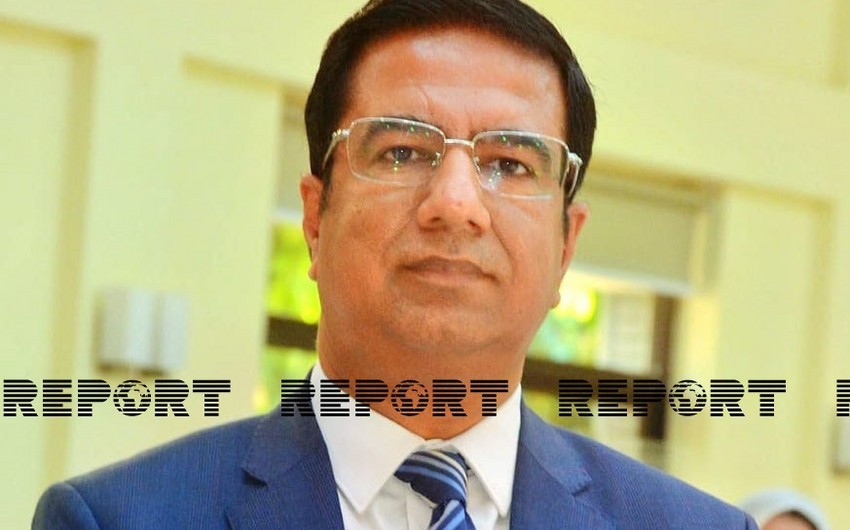 The recent meeting between presidents of Iran and Azerbaijan is a clear indicator that Armenia’s attempt to destabilize the bilateral relation between Iran and Azerbaijan has been failed, Khalid Taimur Akram, executive director of the Pakistani Center for Global & Strategic Studies, said in an interview with Report.

“The dust of misunderstanding between both countries due to Armenia’s heinous motives has been cleared through negotiation and dialogue,” he clarified.

Taimur Akram pointed out that the meeting reflects a positive gesture towards promoting mutual ties and cooperation and highlighted the potential of Azerbaijan’s Zangezur corridor in tightening the cooperation with Iran: “As the recent meeting between the presidents of Iran and Azerbaijan has waved all confusion, the joint use of Zangezur corridor between Azerbaijan and Iran would provide impetus to the bilateral relations into a new phase of cooperation and understanding. Moreover, other issues between both states must be resolved through dialogue process, colossal efforts, and persistent engagements.”

He also noted that the construction of Zangezur corridor holds immense potential as well as significance because it would establish a direct transportation link between regional countries. Zangezur corridor is a reality, and new infrastructure development will be important for East -West and North South corridors. Azerbaijan has great focus on projects in the Zangezur corridor, including motorways and rail lines.

He also noted that the cooperation between Azerbaijan and Iran is also improving thanks to the recent gas swap deal of 2 billion cubic meters, which also includes Turkmenistan.

“I believe that this deal would improve trilateral relations between Azerbaijan, Iran and Turkmenistan. Moreover, it would pave the way for future plans and programs for regional economic stability. Such opportunities create milestone developments as every country aspires to achieve its desired economic targets,” Khalid Taimur Akram added, noting that the agreement is a milestone development in strengthening trilateral cooperation.