Every threat of Armenian lobby is based on real terrorist attack

Every threat of Armenian lobby is based on real terrorist attack As the Armenians' defeats on the battlefield increase, the masks they wear to present themselves to the world as "oppressed" are torn. They have already begun to express their true identity openly
120 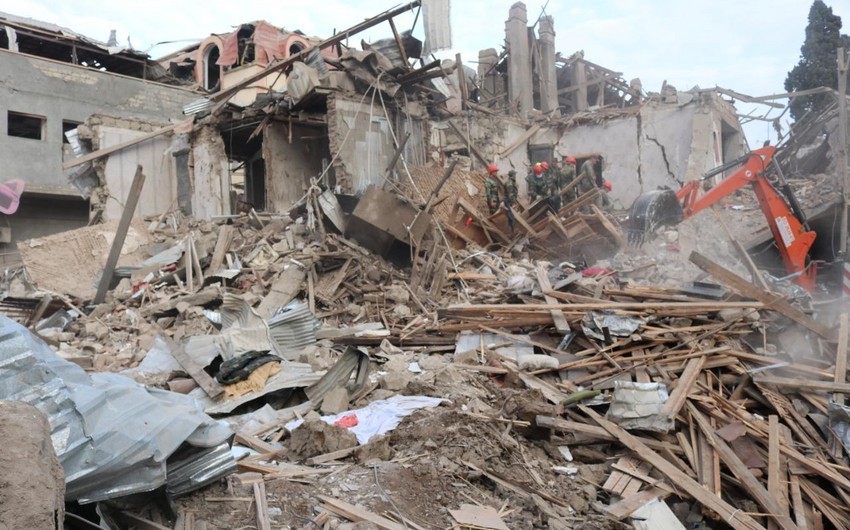 As the Armenians' defeats on the battlefield increase, the masks they wear to present themselves to the world as "oppressed" are torn. They have already begun to express their true identity openly - their terrorist features.

This Armenian trait is known globally- they always resort to terrorism in case of defeat. Armenians use terrorism at every step because they see it as a means of ideological and political pressure.

Armenians, who committed terrorist acts against the civilian population of Azerbaijan, through the Armenian lobby, targeted foreign journalists who covered these events impartially and demonstrated an objective position on the Karabakh conflict in general, and correctly conveyed the truth to the world.

Pietro Del Re, a journalist of the Italian newspaper La Republica, Liseron Boudoul, a correspondent for TF1, and reporters from the New York Times are hated, insulted, and threatened.

The Armenian lobby's open messages on social networks show that each of these journalists' lives is in danger.

According to Report, considering the recent history of Armenian terrorism and many terrorist organizations, we can be sure that terrorism is behind these threats.

These terrorist organizations, which date back to the 19th century, have performed thousands of bloody acts in many parts of the world. In particular, from the 1970s to the end of the century, they carried out more than 300 terrorist acts against prominent Turkish politicians, diplomats, and famous business people in most countries. More than 100 of these terrorist acts were committed by groups of the ASALA terrorist organization.

Founded in 1975 with headquarters in Beirut and training bases in Syria, ASALA's main goal is to build a "Greater Armenia" on the territories of Eastern Turkey, Northern Iran, and Azerbaijan's Nakhchivan and Nagorno-Karabakh, but this organization has carried out threats and terrorist attacks against many states at different times.

ASALA, which committed many terrorist acts in 1981, began to threaten Switzerland and France. Many groups in France, Azad Hay in Canada, and Kaytzer in the UK have announced their joining to ASALA.

Hezbollah, Hamas, and the PKK terrorist organizations are among ASALA's allies, proving that the organization "reaches out" to all parts of the world.

Thus, it seems that Armenia, whose state policy is based on terrorism, remains a severe danger to the countries of the region and the world community. Behind every threat of the Armenian lobby stands a real terrorist incident.