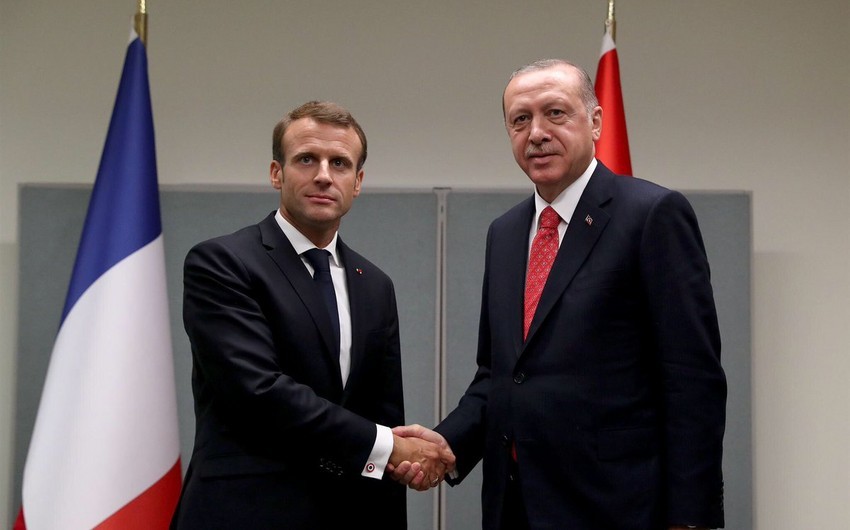 Turkish President Recep Tayyip Erdogan intends to discuss the situation in Karabakh, Syria, and Libya with his French counterpart Emmanuel Macron at a meeting before the NATO summit to be held in Brussels on June 14, Report informs referring to foreign media.

“In anticipation of the NATO summit, I will have a meeting with the president of Turkey. It is a good opportunity to exchange views on several issues. We have big differences, we know about them, but I believe that it is necessary to conduct a dialogue,” the French leader said at a press conference in Paris.

Macron said that he will talk about relations between Armenia and Azerbaijan, as well as the situation in Syria and Libya.

Macron also stressed that he intends to discuss cooperation within NATO and the rules of conduct in relations between allies.