Derek Hogan: Co-chairs are working on provisions of negotiations

Derek Hogan: Co-chairs are working on provisions of negotiations "We hope, James Warlick will provide this activity also in 2015"
2619 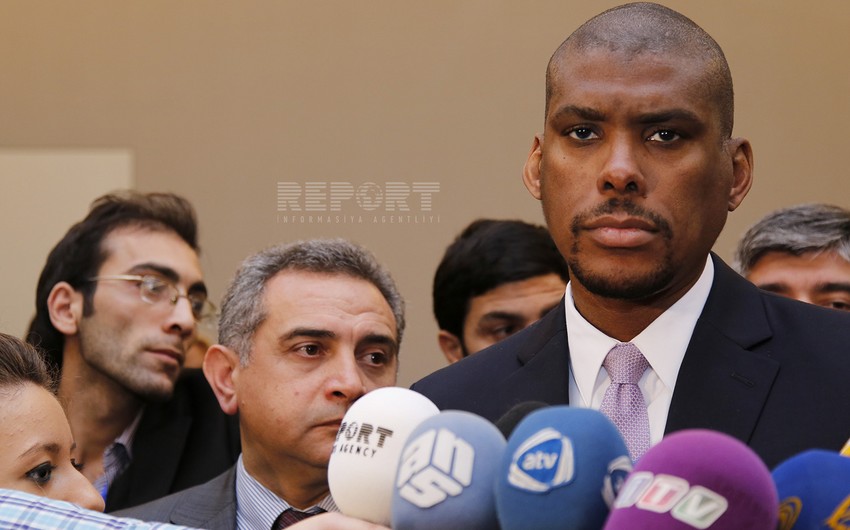 Baku. 21 January. REPORT.AZ/ "United Sates as one of the OSCE Minsk Group co-chairing countries, urge both sides to continue the negotiations on the Nagorno-Karabakh conflict in 2015," US Charge d'Affaires Derek Hogan said to journalists, Report informs.

"First, the presidents of the two countries, as well as the relevant ministers should continue the negotiations. As you know, the presidents' last meeting was held in Paris in previous year and we want the talks at the presidential level to be continued. For this reason, the provisions and issues of negotiations should be determined. So, the co-chairs are working on these issues."

According to him, the main thing is that both the two countries and the co-chairs concentrate on solving the conflict in a peaceful way. In addition, neither of the sides want an increase of tension observed recently on the frontline.