​Defense Ministry: Crime military-political system of Armenia is responsible for escalation of the situation

​Defense Ministry: Crime military-political system of Armenia is responsible for escalation of the situation "The Armenian authorities deliberately spread disinformation to hide their failures and large losses at the front" 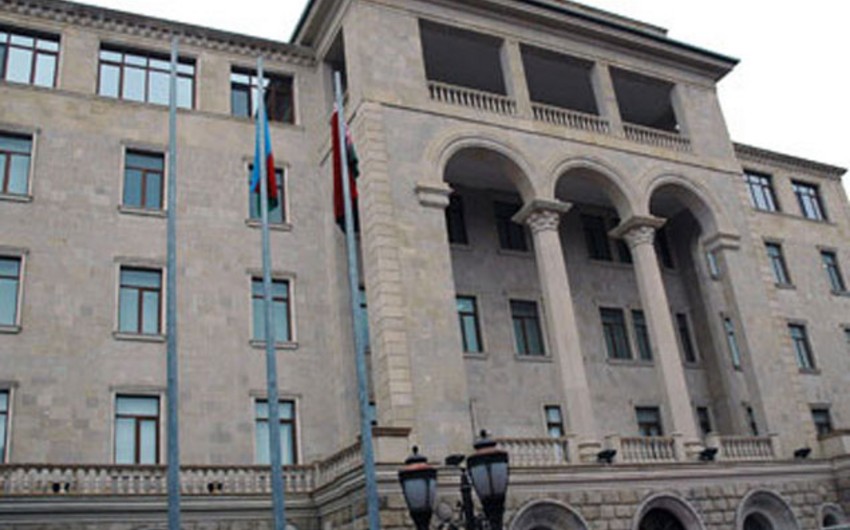 Report informs, it was said in a statement of the of Azerbaijan in connection with the situation on the front line.

Defense Ministry also said that such news have no evidence and is disinformation, "There is no doubt that the criminal regime in Armenia, which is in a state of political and military crisis, tries to justify themselves before the Armenian society, spreading such information due to another failure on the front lines and large losses suffered by the Armenian armed forces."

The department also noted that by such misinformation the Armenian leadership is trying to cover up the crimes committed by Armenian troops against civilians living in border villages.

"The positions of the Azerbaijani armed forces at the state border with Armenia are located at higher profitable elevations and allow to destroy any military objective and keep the enemy under the full control of all settlements and communications, located in the depths of the contact line," - was said in a statement.

Azerbaijani Defense Ministry believes that it is important to warn the Armenian side, particularly civilians, that Azerbaijani soldiers were ordered not to open fire on civilians.

"In all other cases, any moving military facility will be destroyed without an order of command. For this reason, the responsibility for the fact that military means are located in populated areas, causing harm to civilians, lies on the leadership of Armenia, which is purposefully keeping its population hostage "- said the Defense Ministry of Azerbaijan.