Defense Minister: Fighting readiness of Azerbaijani Army grows day by day "I believe that, you will raise the tricolor Azerbaijani flag in Shusha, Khankandi and our other occupied territories" 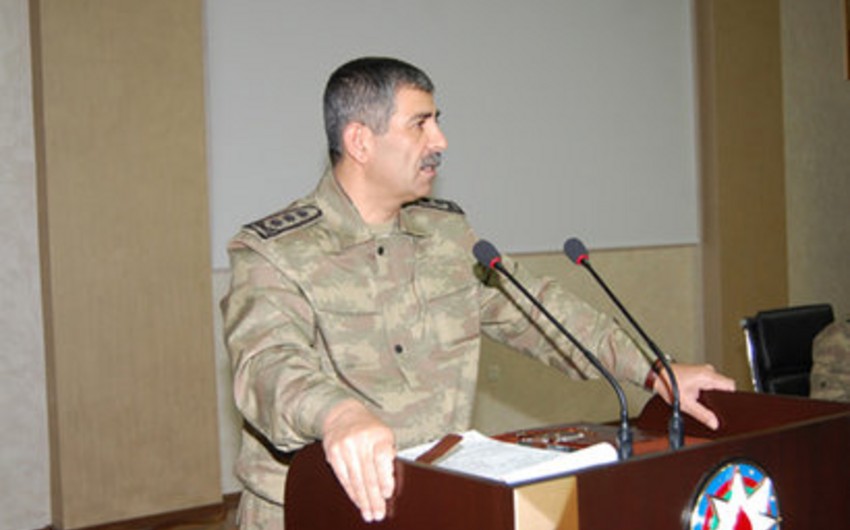 "Dear officers, warrant officers, sergeants, soldiers and sailors! I sincerely congratulate you with a Novruz holiday!

As a result, under the leadership of the respected President Ilham Aliyev's domestic and foreign policy of the country's economy is continually evolving, strengthened the state system, improved the welfare of citizens. The country has taken important steps towards the construction of the army, education of youth in patriotic spirit, the formation of true homeland and state citizens, providing troops with modern weapons and equipment, improve the social conditions of servicemen. The fighting readiness and capability of Azerbaijani Army grows day by day.

I believe that you will continue to remain faithful to the Constitution of Azerbaijan, the military oath and regulations, will achieve new successes in combat and political training, and under the leadership of the Supreme Commander you will raise the tricolor flag in Shusha, Khankandi and our other occupied lands".