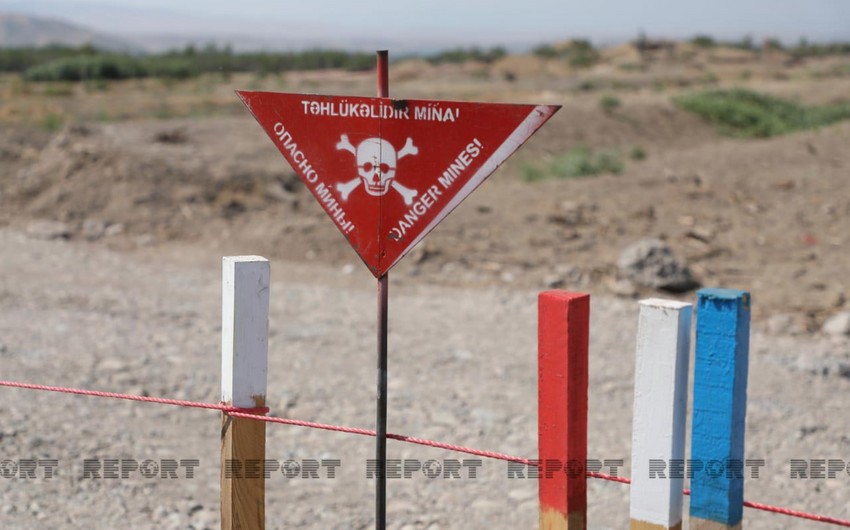 One of the obstacles to Karabakh’s reconstruction is the presence of mines and other unexploded ordnance, Belgium’s Ambassador in Azerbaijan Michel Peetermans said in an interview with Report.

“People suffer the most from this weapon. They still risk being hurt or killed a long time after the conflict is over,” the diplomat said.

“As participant of meetings of the Ottawa Convention between 2006-2009, I met victims of these weapons in different places of the world. I admired their courage. I strongly hope that these weapons will no longer be used: they are invisible and can move as the result of heavy rain or other natural events. As a result, it is very difficult to know where they are really located,” he added.

“Belgium is a steadfast supporter of mine action. As the first country to prohibit antipersonnel mines in 1996, it played a pioneering role in the fight to ban these weapons, and contributed largely to the adoption of the Antipersonnel Mine Ban Convention, in 1997,” the ambassador noted.

Taking about the participation of Belgian companies in the restoration process of Karabakh, he said that “We have already received positive signs from a number of Belgian enterprises. Key element is information. As soon as Belgian companies are aware of the needs, they will be certainly interested.”