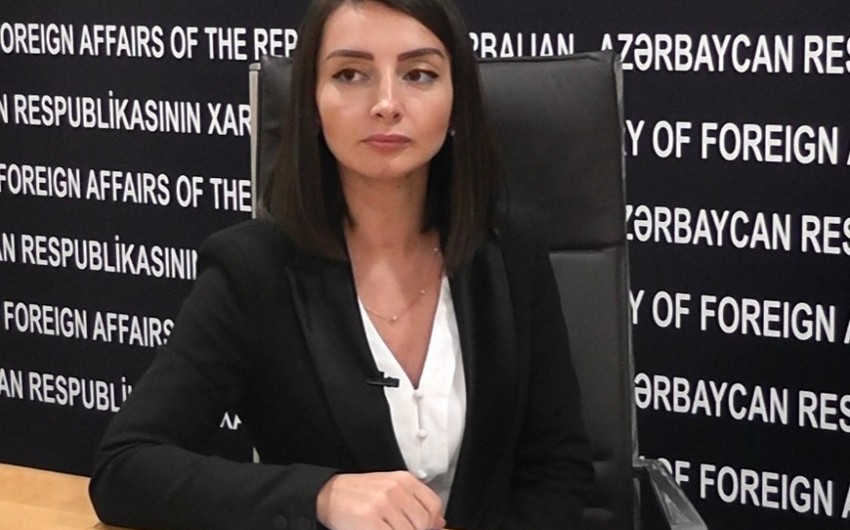 "The same pretentious attempts by an official of a state, internationally recognized as an occupier, to present Azerbaijan as a party that allegedly occupied territories within its own internationally recognized borders, even leaving aside the international legal dimension, do not fit into the framework of ordinary common sense. Imagine a country that illegally occupies the territory of another country, carries out ethnic cleansing against the Azerbaijanis who have lived there historically, and then declares that '150,000 Armenians living in these areas have security problems.' Have you ever thought of an Armenian minister saying that these Armenians have their families, houses and names, thinking about the results of the aggressive policy of his own country, which deprived more than 1 million Azerbaijanis of their homes, ruined their families and turned them into refugees and internally displaced persons? Of course not, because if he had thought about it, he would have not deceived himself and his people with such absurd fabrications, but would rather take real steps towards resolving the conflict. Mnatsakanyan should understand that, as he says, there is no truth for us or for you; there is one truth, and it is well known to the world community. Simply, there is also the practice of falsifying the existing realities and representing them in various forms for the sake of their own selfish interests, which Armenia does so well," the Ministry official said.