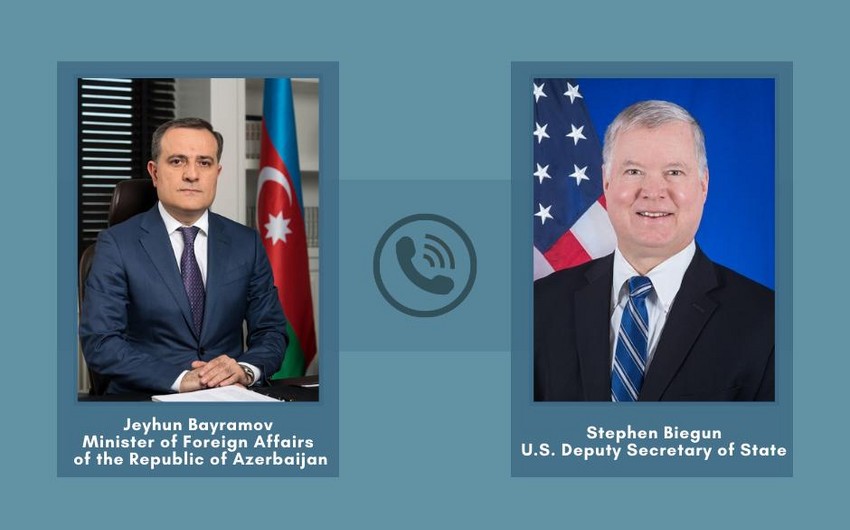 On September 27, 2020, a telephone conversation took place between the Minister of Foreign Affairs of the Republic of Azerbaijan, Jeyhun Bayramov, and the Deputy Secretary of State of the USA Stephen Biegun, MFA told Report.

During the telephone conversation, USA official Stephen Biegun expressed serious concern over the region's increased tension and asked about the current situation.

Minister Jeyhun Bayramov informed his counterpart on another act of aggression by the Armenian armed forces and noted that the Azerbaijani armed forces undertook counter-offensive measures within the right of self-defense to protect the civilian population. It was underlined that the root cause of the tensions in the region is Armenia's aggressive policy, which has been lasting for almost 30 years. The importance of implementing the decisions of international organizations, including on top the UN Security Council resolutions, was emphasized. It was stressed that Armenia bears full responsibility for the current situation.

In his turn, US Deputy Secretary of State Stephen Biegun stressed the importance for the parties to take appropriate steps to reduce the tensions.