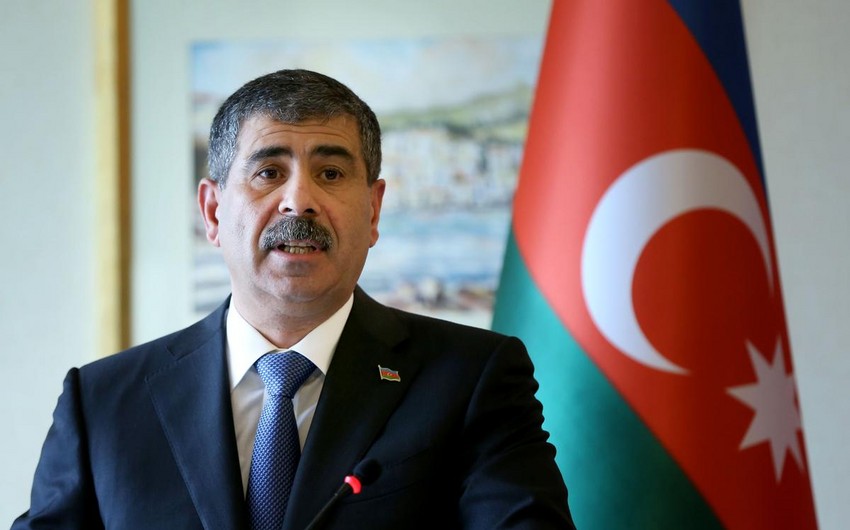 Baku. 26 October. REPORT.AZ/ On October 26, Minister of Defence of the Republic of Azerbaijan, Colonel General Zakir Hasanov met with the delegation led by the European Union Special Representative for the South Caucasus Herbert Salber, who is paying visit to our country.

At the meeting, that discussed issues related to the current situation regarding to the Nagorno-Karabakh conflict resolution, Colonel General Zakir Hasanov has once again brought to the attention of the guests that recognized by the international community Azerbaijani territories more than 20 years are under Armenian occupation, as a result of which more than a million people have been displaced. He also informed the guests about the ongoing attempts of the Armenian side to aggravate the situation on the frontline.

Minister noted that the UN Security Council adopted four resolutions demanding the immediate and unconditional withdrawal of Armenian armed forces from our occupied territories. However, the Armenian authorities do not recognize the international community's demands for many years and are interested in maintaining the current status-quo.

H.Salber in turn, noted that the European Union is in favor of a speedy resolution of the conflict in a peaceful way to ensure stability in the South Caucasus region and considers it as appropriate to continue the negotiations in this sphere.

A wide exchange of views on the military and political situation in the region and regarding to other issues of mutual interest was carried out during the meeting. 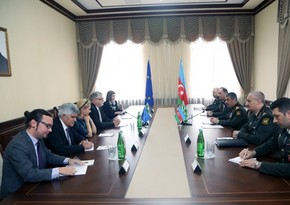