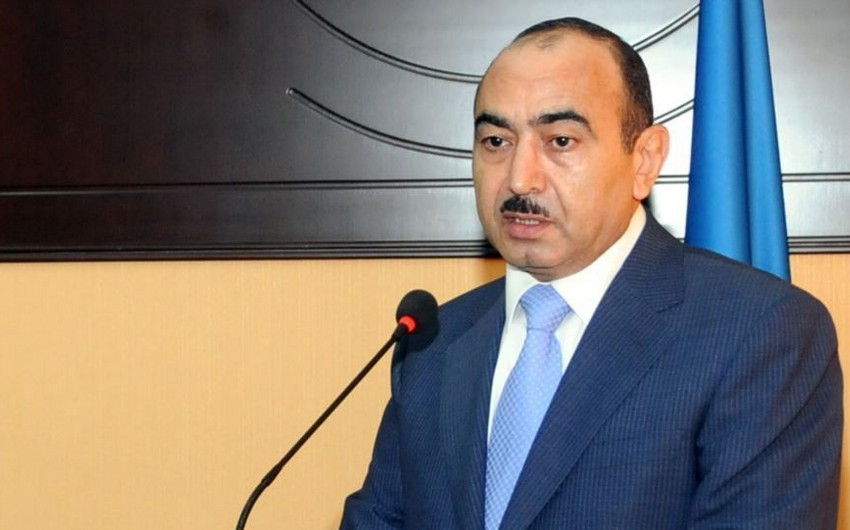 - The Armenian leader Serzh Sargsyan made some statements on the issues discussed at the Sochi meeting of the presidents. What is your stand on these statements?

- We regret that Serzh Sargsyan disclosed once again to his advantage some details of the issues discussed, thus, breaking the mutual agreement. The saddest thing is that he distorts the issues raised by and stances of the parties, and falsifies them in accordance with his subjective judgment and interests of Armenia. Of course, it does no honor to him as the head of the country and president. If there was the need to disclose these facts, the presidents would have conducted a press conference after the meeting and commented on the facts face-to-face. But such persons as Sargsyan may return to their country after the meeting and inform the society in a distorted manner, adding his subjective judgments and interests and become a “false hero.”

- Sargsyan did this. That is why there is the need to clarify some issues discussed at the meeting and specify to some details. What can you say about it to the Azerbaijani public?

- Once more we regret that Sargsyan`s step makes us state on some issues discussed at this meeting behind the closed doors. Thus, at the meeting attended by President of Russia Vladimir Putin, President of Azerbaijan Ilham Aliyev raised the issue of the two Kelbajar hostages captured by the Armenian troops in the occupied lands. As known, one of them is a citizen of Russia and his family made an appeal to the President of Russia. President of Azerbaijan Ilham Aliyev handed over this appeal to the President of Russia and brought up the issue related to the release of the hostages. According to President Ilham Aliyev, the Armenians portrayed these people as “dangerous saboteurs” without any basis, and created an ugly show in the media around this issue. These people, according to their families, have travelled to their native villages occupied by Armenians to visit the graves of their parents, thus, using their citizen`s rights. Given one of them is the citizen of Russia, it is natural that President Ilham Aliyev asked Putin to express his opinion on the issue, and undoubtedly, it pursues the goal of the immediate release of civilians.

In addition, at the trilateral meeting, the President of Azerbaijan demanded the immediate return of the dead bodies of soldiers and civilians killed by the Armenian troops in the occupation zone and line of contact in accordance with the laws of war. At the meeting, President Ilham Aliyev said to Sargsyan “Even during Hitler`s era, fascist did not commit such crimes against hostages and bodies that the Armenian occupant troops committed in the front-line area. You may not show such disrespect to the body as it is inhumane.”

Sargsyan, of course, could not find any serious arguments against such judgments of the Azerbaijani president and touched upon the propaganda of Azerbaijan around the return of Mubariz Ibrahimov`s body who in June 2010, bravely inflicted heavy casualties on the enemies with their own weapon and heroically died in a losing battle, and accused Azerbaijanis that they “hurt the feelings of Armenians by portraying Mubariz Ibrahimov as a hero.” In response, President Ilham Aliyev reminded Sargsyan that “Wars have their laws. We did not portray Mubariz Ibrahimov as a hero. He destroyed the trench defended by Armenians troops on his own, killed over ten occupants and heroically died.” In accordance with the laws of war, the parties must respect heroes. Mubariz Ibrahimov demonstrated true heroism and fairly received a title of the National hero.” President Ilham Aliyev demanded that Sargsyan treated heroes as heroes.

- In his statement, Sargsyan noted that Azerbaijan suffered heavy casualties during recent subversive operations, and Armenians demonstrated their “strength” and tried to sort of reassure the Armenian people with this “fact”. What can you say about that?

- Sargsyan, of course, tries to deliberately hide the losses of the occupational army of Armenia as a result of recent reconnaissance and sabotage operations and wants to conceal this fact himself. Although, reports of all internal and foreign sources say that Armenia lost about 50 people during recent clashes. The military and political circles in Armenia will not manage to conceal their losses. Instead of continuing such subversive actions damaging the future peace in the South Caucasus, holding the Armenian people as hostages of war, Sargsyan should have cared about their compatriots who massively leave their country and dispersed around the world in the search for jobs and food…