16 killed as a result of Armenia’s heavy artillery shelling 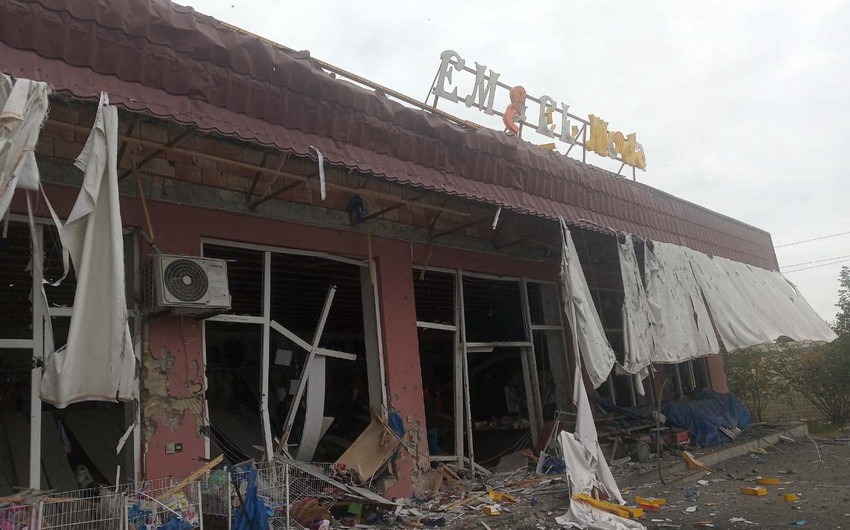 "The military-political leadership of the aggressor Armenia continues to commit acts of terrorism against the civilian population, grossly violating the norms and principles of international law.

55 civilians have been hospitalized with various injuries, and 16 persons in total have been killed so far as a consequence of heavy artillery shelling of Azerbaijani densely populated areas," press service of Prosecutor General's Office of Azerbaijan told Report.

As a result of the shelling of civilian infrastructure facilities by the occupying country's armed forces, 163 houses and 36 civilian facilities were severely damaged. Vehicles belonging to civilians became unserviceable. Numerous small and large horned animals and haystacks were destroyed as well.

The Prosecutor General's Office of the Republic of Azerbaijan is taking all necessary steps to ensure that servicemen of the provocative Armenian formations who have committed various crimes against our army and civilians are prosecuted and punished within the frames of international law." 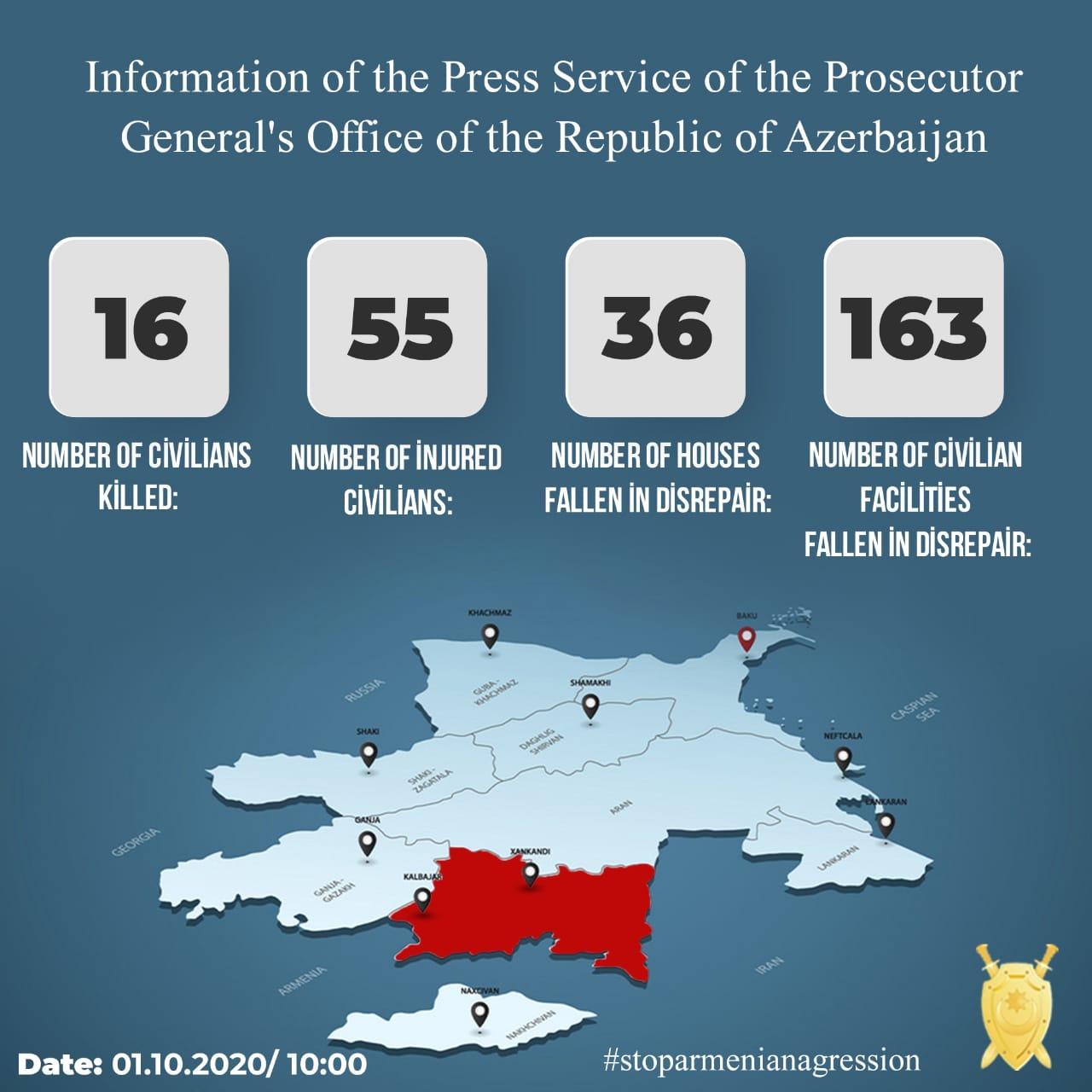