World's oldest ornament discovered in Germany An engraved deer toe dating back 51,000 years is the oldest ornament in the world, according to researchers, who say it shows Neanderthals had an eye for aesthetics. 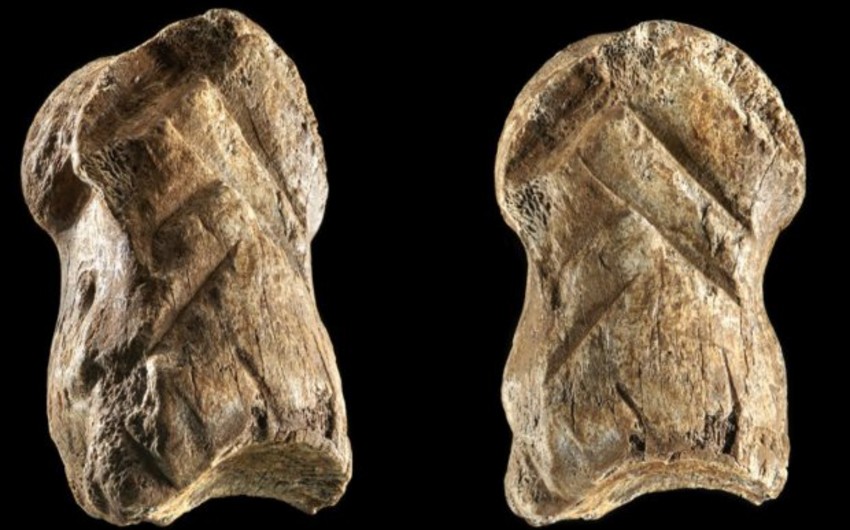 An engraved deer toe dating back 51,000 years is the oldest ornament in the world, according to researchers, who say it shows Neanderthals had an eye for aesthetics, informs via .

It was skilfully engraved with regularly spaced and neatly stacked chevrons, say the team from Lower Saxony State Service for Cultural Heritage in Hannover, Germany.

The ancient ornament was discovered near the entrance of Unicorn Cave in the foothills of the Harz mountains in Germany by archaeologists.

It had a flat base for placing upright, suggesting it was a decoration, presenting the image of Neanderthals as 'knuckle-dragging brutes' is 'wide of the mark.'

The chevrons in the bone, which would have been boiled before carving to make it softer, suggest it had 'symbolic meaning' and was a pre-meditated artistic work.

Study leader Dr. Dirk Leder said: 'It is an outstanding example of their cognitive capacity. The engraved bone is unique in the context of Neanderthals.

'What makes the item so interesting is the pattern is very clear and the engravings are very deep. It would have taken some 90 minutes to carve the chevrons.'

There are six individual lines carved into the bones, suggesting there must have been the idea to combine them in a coherent way.

The notches carved into the bone are between half an inch and an inch long and set at a 90-degree angle, meaning they 'are not butchery type cuts,' said Dr. Leder.

'It shows Neanderthals were capable of advanced and complex behaviors - including producing artistic impressions,' he added.