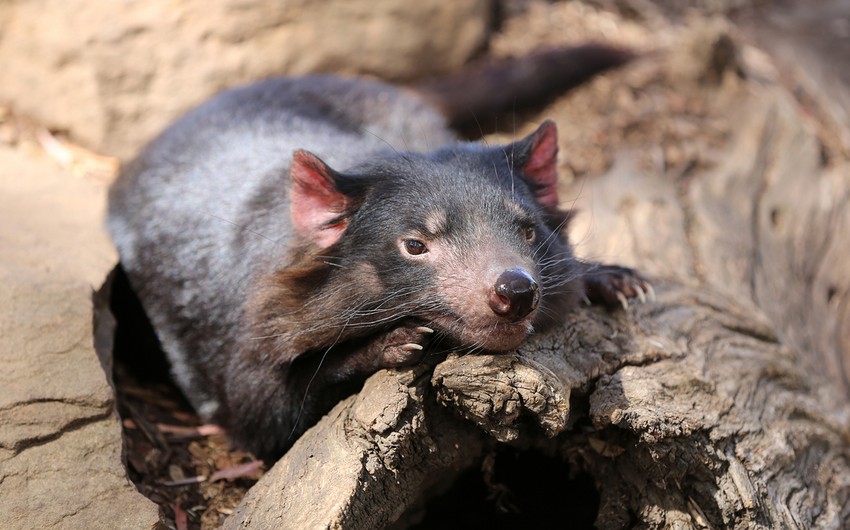 Tasmanian devils were born in the wilderness of mainland Australia for the first time in more than 3,000 years, Report informs citing the environmental organization, Aussie Ark.

The organization said that the seven baby devils give hope that a new population may emerge among the endangered animal species.

In 2020, the Aussie Ark released 26 adults into the wild, and now they have cubs. Newborn Tasmanian devils are doing well and are currently under surveillance.

The world's largest surviving marsupial carnivore was wiped out on mainland Australia by the dingo, a species of wild dog. Since then, most of them have lived in the island state of Tasmania. However, their number in this territory has decreased to 25,000 individuals since the 1990s.