Can humans transmit Covid-19 to bats, and other wildlife?

Can humans transmit Covid-19 to bats, and other wildlife? Spread of the novel coronavirus has made clear, the more careful, we are about viruses passing among species, the better off we are. 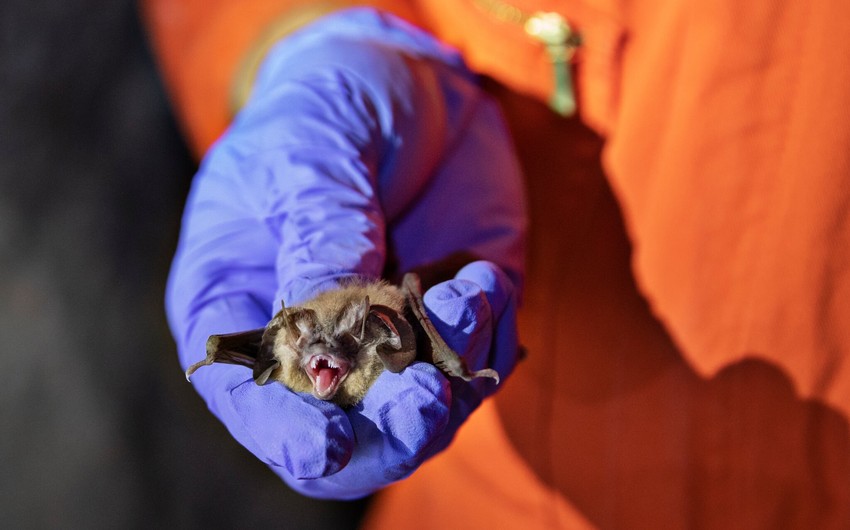 Many people worry about bats as sources of viruses, including the one that has caused a worldwide pandemic. But another question is surfacing: Could humans pass the novel coronavirus to wildlife, specifically North American bats?

It may seem like the last pandemic worry right now, far down the line after concerns about getting sick and staying employed. But as the spread of the novel coronavirus has made clear, the more careful, we are about viruses passing among species, the better off we are.

The scientific consensus is that the virus originated in bats in China or neighboring countries. A recent paper tracing the genetic lineage of the novel virus found evidence that it probably evolved in bats into its current form. The researchers also concluded that either this coronavirus or others that could make the jump to humans are likely to present in bat populations now — we just haven’t found them yet.

So why worry about infecting new bats with the current virus? The federal government considers it a legitimate concern for bat populations, which have been devastated by a fungal disease called white-nose syndrome, and humans have given potential problems down the road.

The U.S. Geological Survey and the Fish and Wildlife Service, two agencies involved in research on bats, took the issue seriously enough to convene a panel of 12 experts to analyze the likelihood of human-to-bat transmission of the virus, SARS-CoV-2, in North America.

Another team of scientists, mostly from the two agencies, assessed the expert opinions, and issued a report in June. They concluded that there is some risk, although how much is hard to pin down. Taking precautions, like wearing masks, gloves, and protective clothing could significantly cut it down.

Kevin Olival, a vice president for research at EcoHealth Alliance, an independent group and an author of the report, said that as the virus began to spread around the globe, “there was a real concern that not only North American but wildlife populations all over the world could be exposed.”

While the group studied interactions between North American bats and scientific researchers, Dr. Olival said wildlife-control workers and people who rehabilitate injured bats, for example, may come into contact with bats even more than researchers do.

The authors of the paper concluded there was a risk of humans infecting bats with the novel coronavirus. How much risk? You might say little, or small, or unknown, but this report is from two federal agencies, so it describes the risk as “non-negligible.”

Although the issue of how to bat researchers should conduct their work may seem narrow, the potential consequences are broad. The report notes that if SARS-CoV-2 became established in North American bats, it would allow the virus to keep propagating in animals even if it didn’t cause disease. And the virus could potentially spill back over to humans after this pandemic is contained.

Another concern involves how readily the coronavirus might spread from bats to other kinds of wildlife or domestic animals, including pets. Scientists have already shown that domestic cats and big cats can become infected, and domestic cats can infect each other. Ferrets are easily infected, as are minks on the suspicion that they may be passing the disease to people, Spain, and the Netherlands have slaughtered thousands of minks at fur farms.

A small number of infected pets has gotten a good deal of publicity. But public health authorities like the Centers for Disease Control and Prevention have said that, although information is limited, the risk of pets spreading the virus to people is low. They do recommend that any person who has Covid-19 take the same precautions with their pets than they would with human family members. National Geographic reported Thursday that the first U. S. dog known to have tested positive for SARS-CoV-2 had died. The dog, the Buddy, apparently had lymphoma.

As to the susceptibility of North American bats, Dr. Olival was not aware of any published work on whether they can be infected with the virus. Researchers in Hong Kong have reported that in a lab, the coronavirus infected the intestinal cells of Chinese rufous horseshoe bats. A report this month in The Lancet found that fruit bats could become infected with the virus.

Beyond bats, Dr. Olival said that scientists should be concerned about how they conduct research on wildlife in general and consider what precautions to take to avoid potentially infecting one species or another. One step, he said, would be evaluating research goals to weigh what level of contact would be necessary.

In some cases, he said, observation and data recording could be done without handling animals. If not, gloves and other precautions make sense, although some “old-school” researchers have balked at the suggestions, he said.

He said his group continues to recommend, “the highest level of personal protective equipment when you work with wildlife because it’s not just a risk that you will pick up something from the wildlife, but that you don’t give something back to them.”

He acknowledged that research precautions with wildlife would have a very small effect, given the greater number of people who hunt wildlife or come into contact in other ways. Education efforts are underway to try to change some of those practices; besides, he said researchers “should set some standard.”