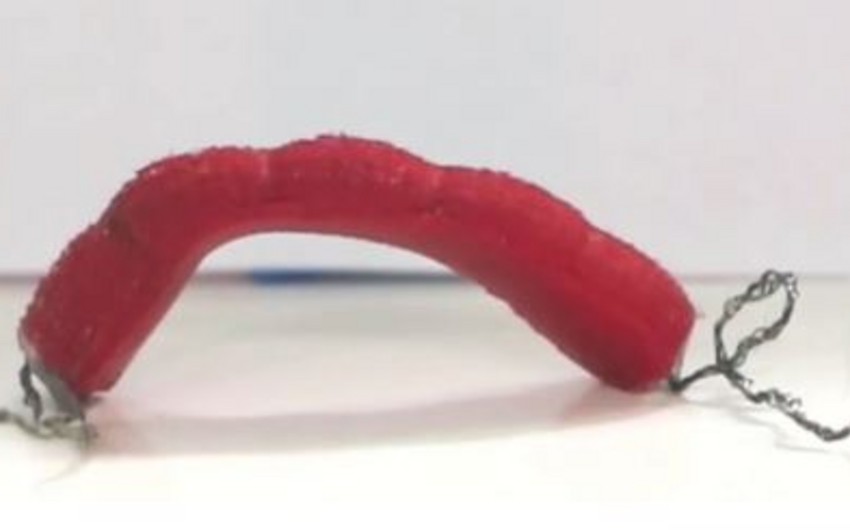 Scientists from Scotland have developed stretchy worm-like robots inspired by the movements of worms which could be used in the fields of industry and prosthetics, Report informs referring to the Evening Standard newspaper.

A team of engineers from the University of Glasgow says the “roboworms” can stretch up to nine times their own length and are capable of a form of proprioception – the method by which biological organisms like worms perceive their position in space.

This allows the robot worms to squeeze into tight spots that rigid robots cannot reach.

The researchers hope that the invention could lead to a new generation of robots capable of autonomously exploring difficult-to-reach places which could be used in areas such as mining and construction or disaster relief to search for survivors trapped in the rubble.