Lost painting by Titian discovered in UK A discolored painting of the biblical Last Supper that has hung in a parish church in Herefordshire for 110 years may be a lost piece from the workshop of Venetian master Titian. 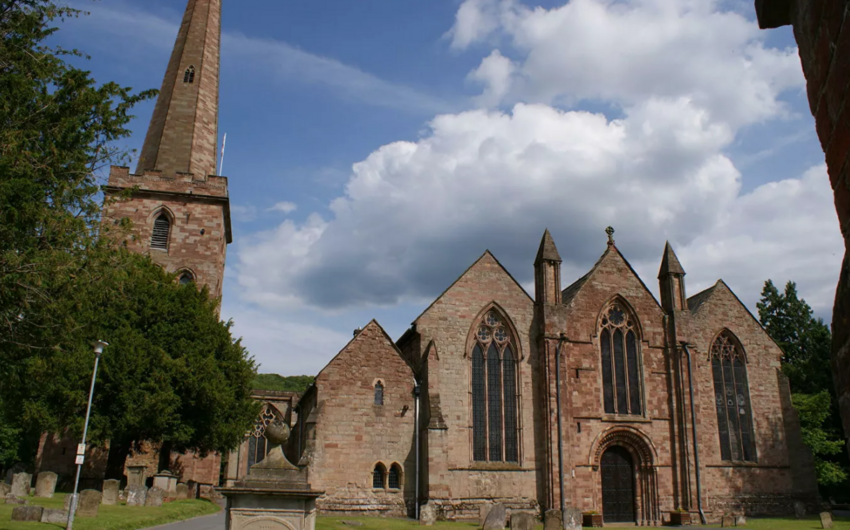 A discolored painting of the biblical Last Supper that has hung in a parish church in Herefordshire for 110 years may be a lost piece from the workshop of Venetian master Titian, informs, referring to the Daily Mail.

Art historian and conservator Ronald Moore found evidence to link the artwork in St Michael and All Angels church in Ledbury with the 16th Century painter's workshop.

Moore first examined the 12.5 foot (3.8 meters) -long painting in St Michael and All Angels while visiting the church to restore another Last Supper, this one a 19th-century copy of Leonardo da Vinci's iconic representation.

He was surprised to find that the less conspicuous painting, hung high on side wall, was far more superior than its counterpart above the church's altar.

"It's so big, and nobody's taken any notice of it for 110 years," Moore, who spent three years investigating the painting and its history, told the Telegraph.

After painstakingly lifting centuries of discolored varnish from the work, Moore was astonished to find that the painting harbored a hidden signature by Titian, a portrait of the artist and a characteristically bold underdrawing.

Titian's portrait appears as the face of the left-most apostle, dressed in gold — albeit one depicting the painter as a young man.

Comparison with the artist's 1567 self-portrait confirmed the similarities, which were assessed using both overlain images and computer facial recognition software.

"Profiles, ears, eyes, noses all matched," Moore told the Times, adding that the portrait was likely added not by Titian himself but by his son, Orazio Vecellio, early in 1576. After the master died, the date of his death was added above the portrait.

The signature was revealed through a microscopic examination of the work under ultraviolet light. Although damaged, much of the letters TITIANVS remain visible.

The inscription appears on a black jug on the floor at the foot of the table - exactly where the same appears on another version of the Last Supper by Titian.

Moore also found a letter dated to 1775 from the painting's previous owner — the art collector John Skippe - revealing that it was commissioned by a Venetian convent.

Skippe, himself an Oxford-educated artist, wrote of having purchased the 'most capital well-preserved picture by Titian' from a Venetian convent.