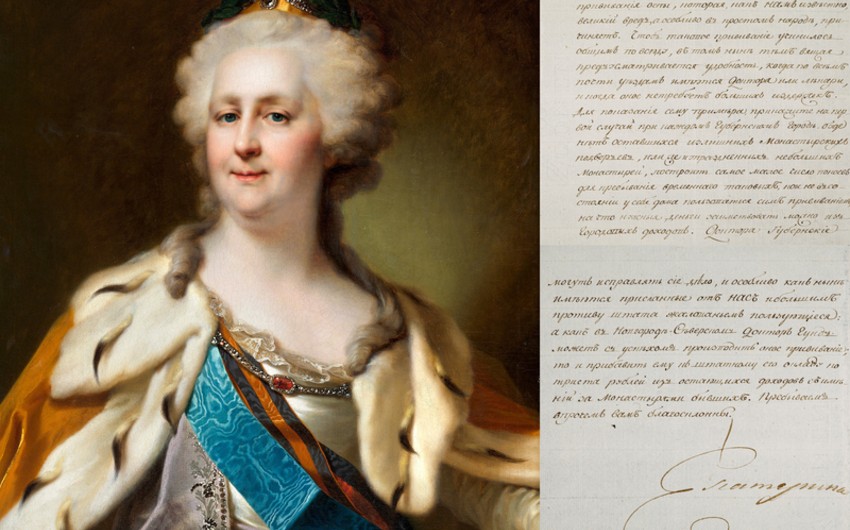 A letter set to go up for auction this week shows that ruler Catherine the Great was one of the early proponents of inoculation against disease, Report informs referring to CNN.

The letter provides a glimpse into the empress' concern about the smallpox epidemic, which was devastating Europe at the time. In correspondence with a Russian army officer dated April 20, 1787, she wrote about the urgency of protecting the general population against smallpox using a technique now considered a precursor to vaccination.

"Count Piotr Aleksandrovich, among the other duties of the Welfare Boards in the Provinces entrusted to you, one of the most important should be the introduction of inoculation against smallpox, which, as we know, causes great harm, especially among the ordinary people," Catherine wrote, according to a translation from the London-based auction house MacDougall's.

"Such inoculation should be common everywhere, and it is now all the more convenient, since there are doctors or medical attendants in nearly all districts, and it does not call for huge expenditure."

Catherine is believed to be the first person in Russia inoculated against smallpox, in a procedure that took place nearly 20 years before the concerns expressed in the 1787 letter. The monarch had long feared the disease, and after a member of the Russian nobility succumbed to the illness, she sought the services of an English doctor who had successfully inoculated the British elite, according to a 1984 article in what was then the Bristol Medico-Chirurgical Journal.