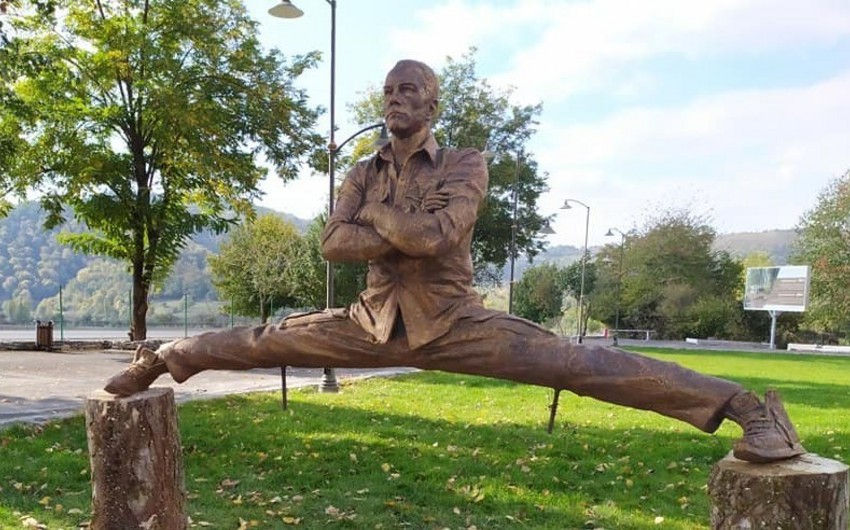 The author of the article wonders why the hero was immortalized in such an unusual location.

Proudly standing in the village of Vandam, the statue of Van Damme by Azad Aliyev has also aimed to capture this martial arts spirit, depicting the hero doing the splits in across two tree stumps.

While it is unclear when the statue first went up, according to a post by the Embassy of the Republic of Azerbaijan to the Kingdom of Belgium, it was probably inspired by the fact that the village name (Vandam) sounds a lot like the actor's surname.

This unusual connection saw some international attention when it was posted on Facebook and Reddit in late 2019, garnering enough attention for comment from Van Damme himself/

"Another life-size JCVD™️ statue which is mounted in a village named 'Vandam' in Azerbaijan! By sculptor Azad Aliyev. Thank you," the actor posted on his Facebook page, alongside a photo of the sculpture.