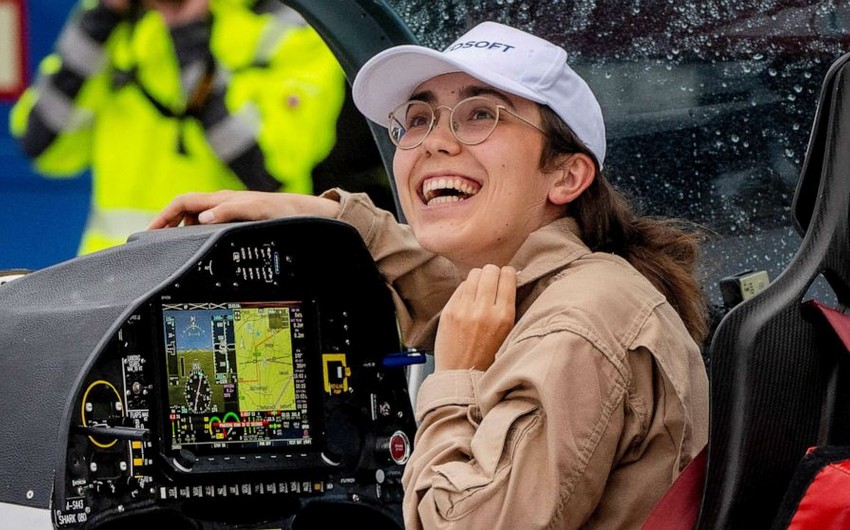 Teenage aviator Zara Rutherford has become the youngest woman to fly around the world solo.

Report informs, citing the CNN, that the 19-year-old, who has dual British-Belgian nationality, landed at Kortrijk-Wevelgem Airport in western Belgium on Thursday, completing an epic 41-country journey spanning over 52,000 kilometers (32,300 miles), and broke two Guinness World Records in the process.

"I made it," Rutherford, who received a rapturous welcome on her arrival, told reporters.

Not only has she beaten the record held by American Shaesta Waiz, who was 30 when she circumnavigated the globe unaccompanied in 2017, Rutherford also now holds the title for the first woman to circumnavigate the world in a microlight aircraft.

She is also the first Belgian to fly around the world alone.

But she was plagued by setbacks, including month-long delays in both Alaska and Russia due to "visa and weather issues," pushing her schedule back eight weeks.

"I would say the hardest part was definitely flying over Siberia -- it was extremely cold. It was minus 35 degrees Celsius on the ground," Rutherford said during a press conference on Thursday.