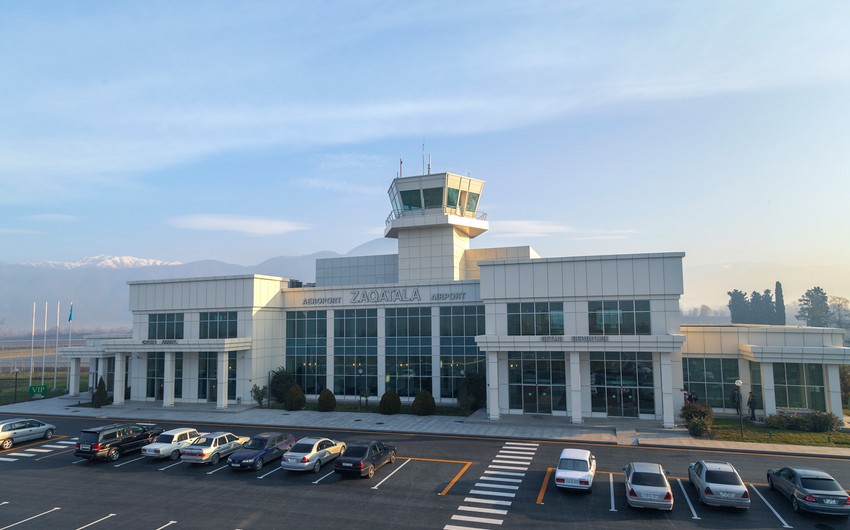 Reconstruction of Zagatala International Airport was carried out in accordance with President Ilham Aliyev’s instructions during his visit to Zagatala region. Report informs citing the Azerbaijan Airlines "CJSC (AZAL)

A runway that allows to accept wide-body aircrafts was constructed in the territory of the airport, the apron was significantly expanded, modern navigation systems, meteorological and light-signal equipment were installed, and repair works were conducted at the airport building.

The event on the occasion of the opening of the airport after the reconstruction was attended by AZAL CJSC vice president Etibar Huseynov, Head of Zagatala region’s executive power Mubariz Ahmadzade, Director of Azvirt LLC Kamil Aliyev and others. On the opening day one of the largest passenger aircrafts of the world - Airbus A340-500 landed at the airport for the first time.

As a result of the construction works carried out by Azerbaijani company Azvirt, a runway with the length of 3000 meters and the width of 60 meters was constructed. The thickness of the road surface is 92 cm, including 37 cm of asphalt concrete. The new runway meets international requirements and will allow Zagatala International Airport to accept wide-body aircrafts.

The new large and convenient apron of Zagatala International Airport with an area of 31,000 square meters allows to serve modern wide-body aircrafts, as well as to place several medium-haul aircrafts on it simultaneously. The state-of-the-art technologies were used in the process of reconstruction, which will significantly increase the quality of services for aircraft maintenance.

In connection with the damages as a result of the earthquake in 2012, repair works were held at the airport building, the heating and sewage systems were reconstructed. Car parking in front of the airport building is expanded by 1200 square meters and designed for 150 cars.

Test flights were carried out for testing landing systems, direction finders and light-signal systems at Zagatala International Airport, during which it was established that the equipment was in compliance with the current standards.

It should be noted that the commissioning of Zagatala Airport can be a great impetus for the development of tourism and freight turnover in the region.