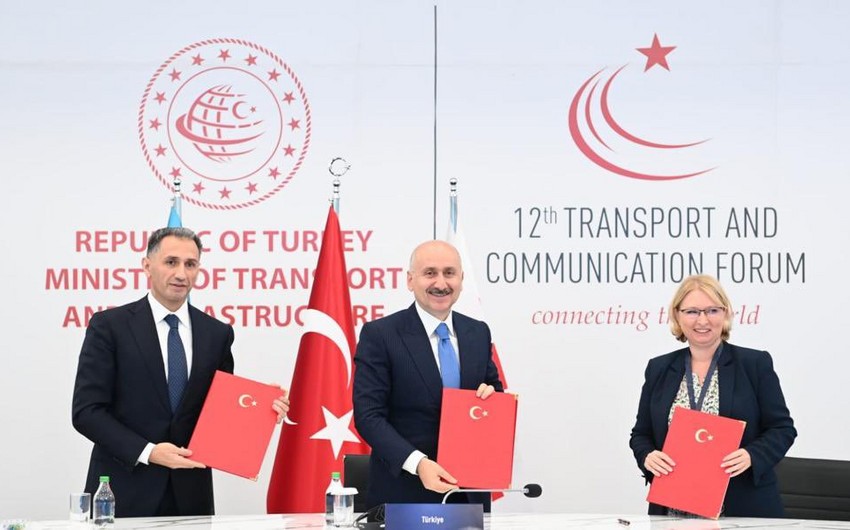 A delegation led by Azerbaijani Minister of Transport, Communications and High Technologies Rashad Nabiyev discussed the development of the Baku-Tbilisi-Kars railway project with their Georgian and Turkish counterparts within the 12th International Transport and Communications Council in Istanbul.

Rashad Nabiyev said on Twitter: "We are participating in the 12th International Transport and Communications Council in fraternal Turkey. A protocol of a trilateral meeting on developing the Baku-Tbilisi-Kars railway project between Azerbaijan, Georgia, and Turkey was signed at the meeting."

BTK was launched on October 30, 2017. The line connects the railway networks between Asia and Europe. This is the shortest route not only between the three countries but also between Asia and Europe. BTK allows reducing the time spent on cargo transportation by more than two times. The BTK railway facilitates access to European and world markets for Central Asian countries - Turkmenistan, Kazakhstan, Uzbekistan, Kyrgyzstan, Tajikistan, and Afghanistan.

A total of 504 kilometers of the 846-kilometer BTK is in Azerbaijan, 263 kilometers in Georgia, and 79 km in Turkey. It is planned to transport 5 million tons of cargo in the first stage, 17 million tons in the next step, and then a larger volume.