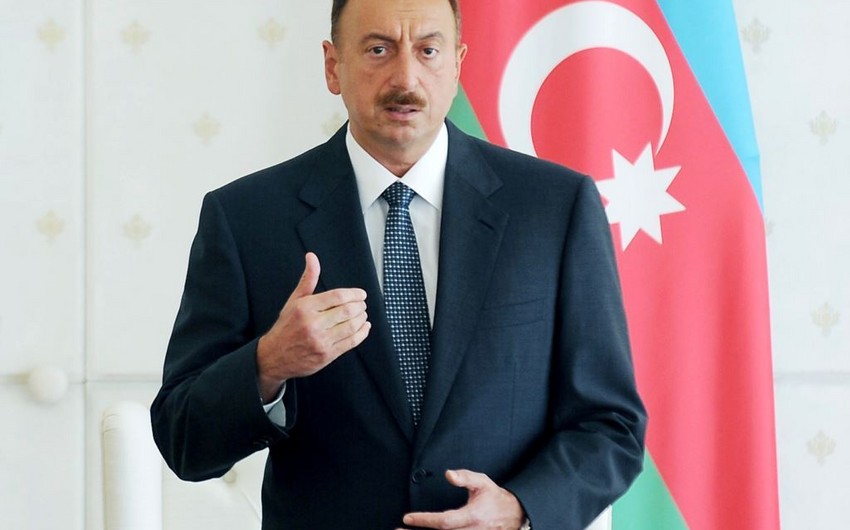 Baku. 4 November. REPORT.AZ/ President of the Republic of Azerbaijan Ilham Aliyev has attended the opening of the newly-reconstructed Zagatala-Danachi-Ashaghi Chardakhlar highway.

Report informs, a total of 5.5 million manats were allocated from the President`s Contingency Fund for the reconstruction of the road in February, 2013. The reconstruction work started in June, 2013. The 24.5 km section of the 28km-long highway is ready for use. The fourth technical degree highway, which is 10 meters in width, was covered with 10-centimeter asphalt.

The highway links 12 residential areas with the total population of 15,600 people.

President Ilham Aliyev was also informed about the reconstruction and repair work in the 28 May and Garabagh streets in the city of Zagatala. The work is the continuation of a project on restoration and reconstruction of the historical center of the city of Zagatala, which was implemented in 2011. The vast majority of buildings in this area were built in the 19th century.

The head of state was told about the expansion and renovation of a highway, which passes through Yukhari Tala, Ashaghi Tala viilages in Zagatala district and the city of Zagatala. The length of the road is 4 km.

Then President Ilham Aliyev cut the ribbon symbolizing the opening of the Zagatala-Danachi-Ashaghi Chardakhlar highway.