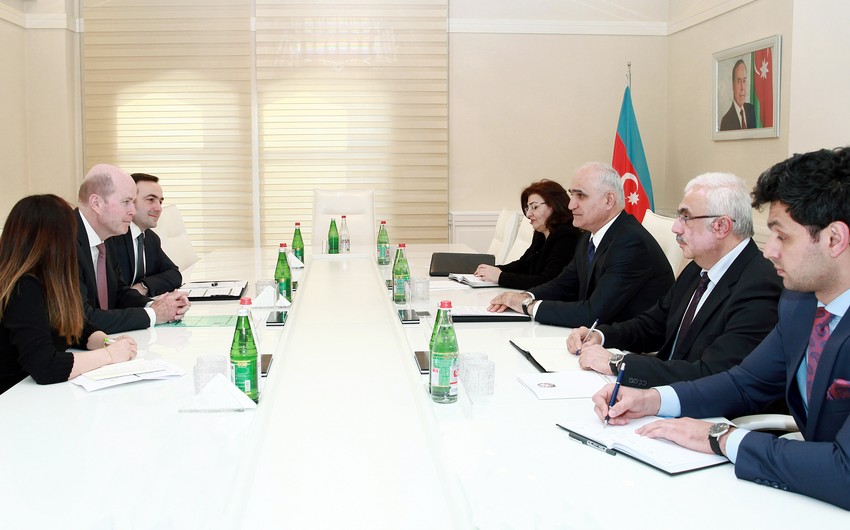 Report was informed in the ministry's press service.

Mustafayev congratulated Jones on the occasion of his appointment to new position and emphasized that Azerbaijan had cooperated with BP for a long time and their relations were based on mutual trust. “Azeri-Chirag-Guneshli”, “Shah Deniz”, “Baku-Tbilisi-Ceyhan”, and Southern Caucasus Pipeline projects implemented by BP in Azerbaijan and in the region have been completed timely and successfully, and our country acquired great benefit from these projects.

Economy minister mentioned the interest of one of companies acting as contractor of BP in engaging into activities in the area of service and production at Sumgait Chemical Industry Park (SCIP), and invited G. Jones to the SCIP, so that he could get closely acquainted with the created favorable conditions and the works done.

Jones informed that BP had successfully cooperated with Azerbaijan for a long time. BP high official, mentioning that 90% employees working for BP were local specialists, pointed out the creation of up-to-date conditions for development of qualified specialists in various specialties including the industrial sector at Azerbaijani State Oil and Industry University (ASOIU) and Azerbaijan Diplomatic Academy (ADA) University, and the significant contribution made by such activity into development of high-level specialists in the future as well.