BTK to compete with other transport corridors

BTK to compete with other transport corridors The recently signed protocol between Azerbaijan, Georgia and Turkey will remove barriers associated with using the potential of the Baku-Tbilisi-Kars (BTK) railway line 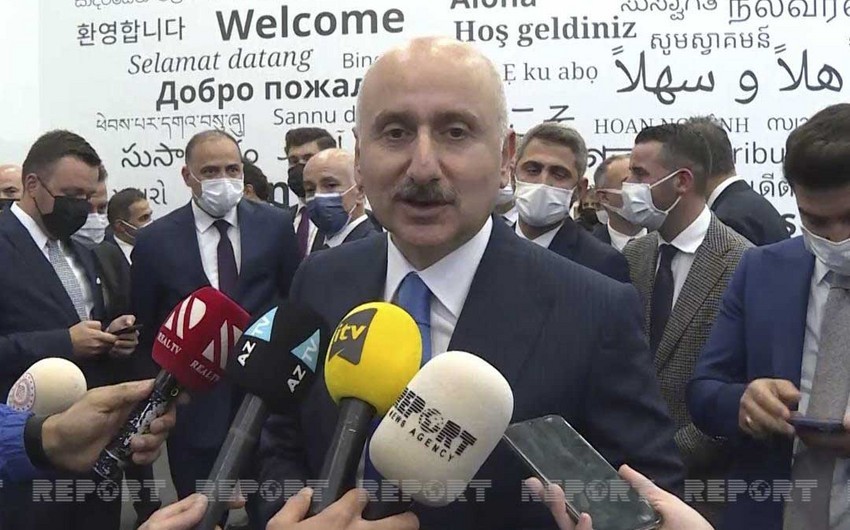 This document was signed on October 7 at the 12th International Transport and Communications Council in Istanbul. The protocol provides for the development of the BTK.

“As part of the recent meeting in Istanbul, an exchange of views on the forthcoming work on BTK took place. This railway line contributes to the economy of the countries of the region. We believe that cargo transportation along the route will grow, BTK will reach a level where it can compete with other transport corridors. With the elimination of problems along the route, the Middle Corridor (Trans-Caspian International Transport Route) will become the preferred rail line,” Karaismailoglu added.

BTK was launched on October 30, 2017. The railway line connects the rail networks of Asia and Europe. This is the shortest route not only between the three countries, but also between Asia and Europe. The route allows halving the time of cargo transportation. The BTK railway facilitates access to the European and world markets of Central Asian countries - Turkmenistan, Kazakhstan, Uzbekistan, Kyrgyzstan, Tajikistan and Afghanistan.

A 504 km section of railway with a total length of 846 km runs through Azerbaijan, 263 km through Georgia and 79 km through Turkey. At the first stage, it is planned to transport 5 million tons along the road, then the throughput capacity will increase to 17 million tons.