Baku Port to build new terminals Director-General of the Baku International Sea Trade Port Taleh Ziyadov has held an online meeting with members of the German-Azerbaijani Chamber of Commerce. 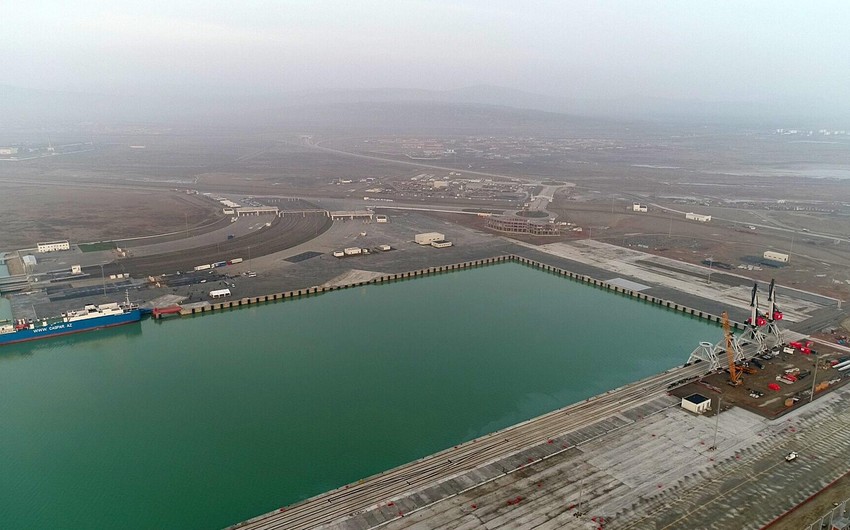 Referring to the results of 2020, the port’s CEO noted that despite the coronavirus pandemic, the trade turnover of the Baku Port increased by 20%. The number of large vehicles (TIR) ​​and containers handled this year is at a record level over the past 30 years.

In comparison with the indicators of the last 5 years, the number of TIRs handled has increased 5 times, containers - 3 times, and the volume of cargo transshipment in the dry cargo terminal has risen 3.5 times.

Taking into account the increase in the export of mineral products (urea and fertilizers) from Turkmenistan, as well as the large volume of Kazakh grain exports, it is planned to build new terminals for mineral products and grain. The Baku Port is deepening cooperation with European partners, as projects are being implemented with the European Union to strengthen human capital, and projects on digitalization and the "green port" are being implemented with the OSCE. In 2019, the Baku Port received the status of the first "green port" of the Caspian Sea and became one of 26 ports in Europe that received this status.