Baku metro to operate until 02:00 am during EURO 2020 The metro, one of the primary means of public transport in the capital Baku, which will host the finals of the UEFA European Football Championship for the first time, will also serve its passengers. 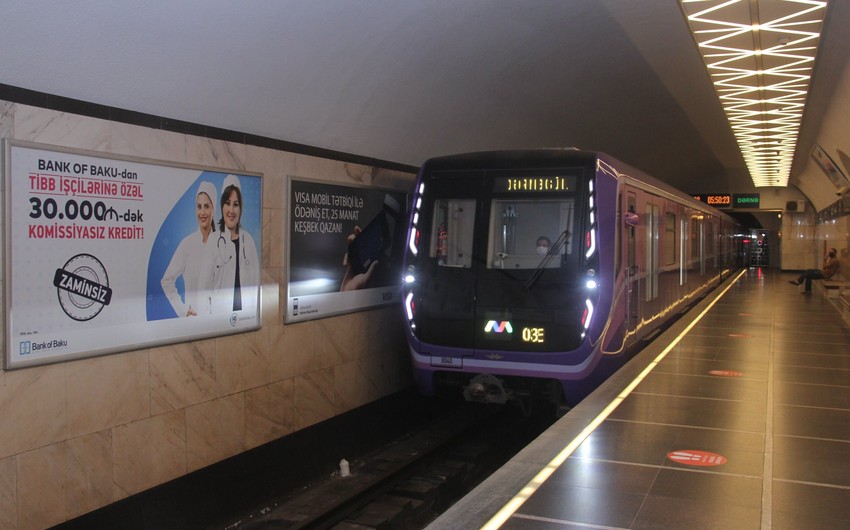 The metro, one of the primary means of public transport in the capital Baku, which will host the finals of the UEFA European Football Championship for the first time, will also serve its passengers.

Three Group A matches (June 12, 16, and 20) and 1/4 final games (July 3) will be held at the Baku Olympic Stadium near the metro station Koroghlu. Metro stations will operate daily in June to provide exemplary service to sports fans visiting the capital.

Considering the interests of football fans, accredited persons, and guests of our city, the metro will operate until 02:00 am after the matches. Those accredited for the European Championship will use the Baku metro without paying a fare and presenting the appropriate card.

In general, on game days, the Task Force will operate at the Koroghlu station.

Operational centers consisting of relevant managers and specialists will operate in the metro, which will work in an intensified mode. Their work will be managed from the main headquarters.

According to the action plan, the reserve trains will be ready for launch.

During the games, volunteers will work at seven metro stations (Icheri Sheher, Sahil, 28 May, Ganjlik, Nariman Narimanov, Koroglu, and Nizami). They will be in special clothes with "Ask me" written on them and will inform the guests and support the metropolitans to answer any questions.

Special posters and banners are placed at the stations, and videos are shown on monitors to create a football holiday mood. The national football team of brotherly Turkey will also play in Group A of the championship. The team will play two matches on June 16 and June 20 at the Baku Olympic Stadium. The Baku metro will also support the footballers of the brotherly country. The interest of passengers and fans in the Turkish national team with the example of "one nation, two states" was also considered. As an expression of moral support, "Turkey, our heartbeats with you!" posters will be placed at the stadium.