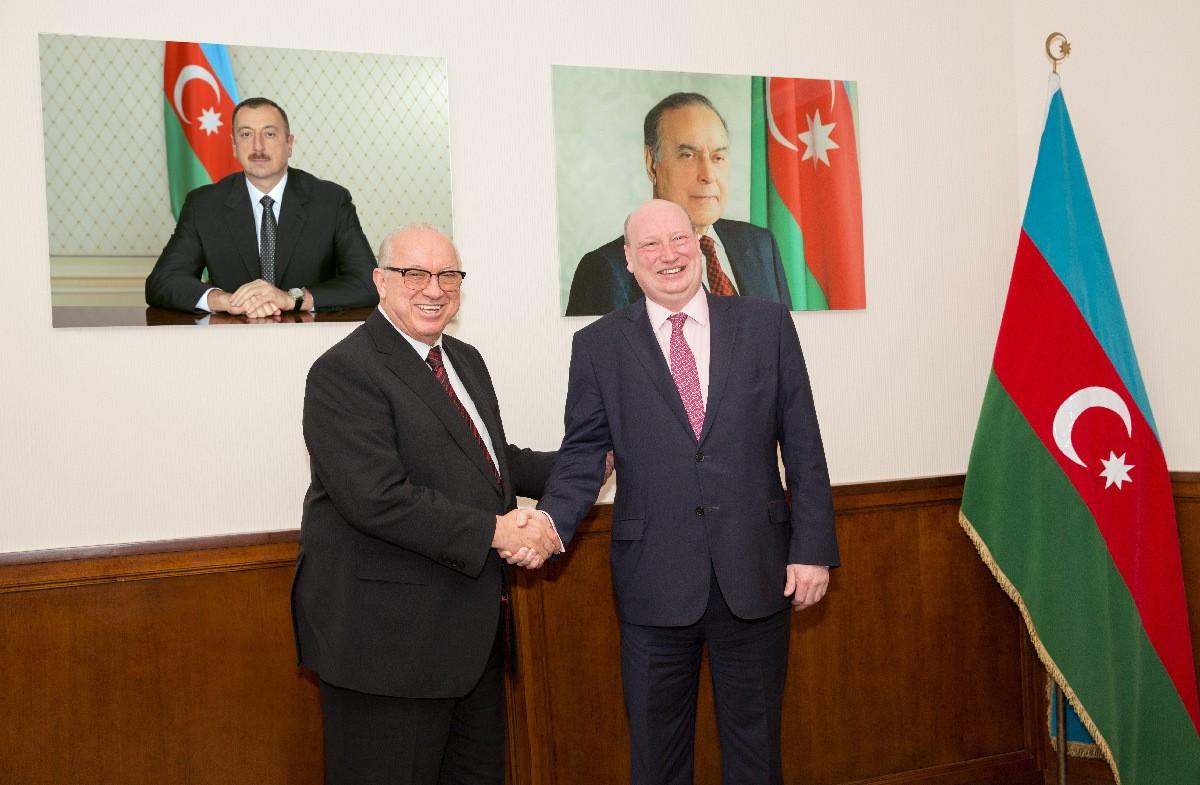 Baku. 19 February. REPORT.AZ/ - A delegation of the European Commission Department on Transport and Mobility, headed by Director-General Henrik Hololei, is on an official visit in Baku, Report informs citing Azerbaijan Airlines (AZAL).

The visit’s agenda is a Common Aviation Area Agreement between the Republic of Azerbaijan and the EU.

During the visit to Heydar Aliyev International Airport, the guests met with AZAL President Jahangir Asgarov. At the meeting, the two sides discussed prospects for cooperation and applying of European specialists’ experience in Azerbaijan’s civil aviation.

AZAL President stressed that National air carrier of Azerbaijan has one of the newest airplane fleet. Starting from the second half of 2019, the fleet of Azerbaijan’s National Airline will begin to replenish with new modern Boeing 737 MAX aircraft, the total number of which will reach ten.

On the instructions of Azerbaijani President Ilham Aliyev, the first low-cost airline of Azerbaijan, Buta Airways, was founded in December 2016. The Airline’s fleet consists of modern Embraer E-190 aircraft that fly to the most in demand destinations.

According to Jahangir Asgarov, despite the relatively small territory, in Azerbaijan there are six international airports that meet all the requirements of international standards. In May 2018 Heydar Aliyev International Airport was awarded the maximum “5 Stars” of prestigious Skytrax World Airport Awards. Baku Heydar Aliyev Airport is also named the best airport among airports of Russia and CIS countries for the level of the provided services.

AZAL President emphasized that foreign airlines can fly to Azerbaijan without any restrictions, also carry out flights to other cities through our airports (the so-called Fifth Freedom of the Air). According to Jahangir Asgarov, removing restrictions will not only lead to the development of air travel, but will also ensure economic growth and the creation of new jobs.

The guests noted that the opportunities created in Azerbaijan’s civil aviation by using advanced technology made a great impression on them. Henrik Hololei praised the achievements of Azerbaijani civil aviation, personnel training, the introduction of the latest technologies and innovations in the field of air traffic management.

Thanks to the conditions created in the country, Azerbaijan is becoming increasingly attractive to the global aviation community. More and more European airlines prefer to choose our country’s airspace for transit flights. The unique geographical location makes Azerbaijan a specific link of the growing air transportation between Europe and Asia.

The delegation of the European Commission also got familiarized with Azeraeronavigation Air Traffic Control Center, its structure and achievements in the field of air navigation. The guests also visited the new Airspace Supervision & Efficiency Center (ASEC).

The successful and dynamic development of air navigation in Azerbaijan has allowed Baku to win the competition to hold the annual CANSO Global ATM Summit in 2020. AZANS was elected to European Air Navigation Organizations CEO committee CANSO EUROPE in 2018 and actively participates in the development of the future architecture of European Airspace.