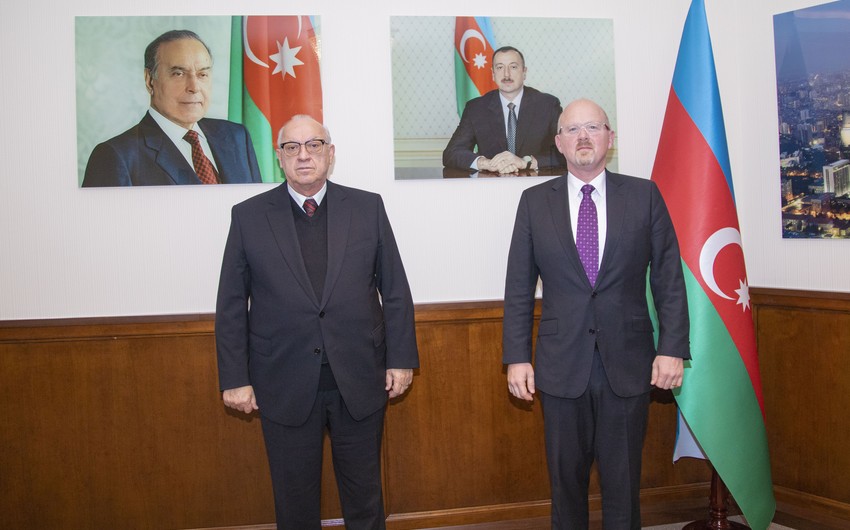 On October 14, the President of AZAL, Jahangir Asgarov, met with Vice President, Sales and Marketing for Russia & the CIS for Boeing Commercial Airplanes, Monte Frazier, who paid a working visit to Baku for the first time, Report informs, citing AZAL.

The meeting was also attended by Volkan Eser, the Sales Director at "Boeing Commercial Airplanes."

At the meeting, a preliminary agreement was reached on the supply of new Boeing 787 Dreamliners for "Azerbaijan Airlines." The parties discussed the possibility of supply of nine wide-body Dreamliner aircraft, which by the end of 2030 may replace the current Boeing 757, Boeing 767, and Airbus A340 in AZAL's fleet.
After the relevant proposal is prepared, it will be submitted to the Supervisory Board of "Azerbaijan Airlines" CJSC and "Azerbaijan Investment Holding."

Currently, AZAL operates two Boeing 787-8 Dreamliners, which have proven effective for long-haul routes. AZAL became the first Airline in the post-Soviet space to use Boeing 787-8 Dreamliner aircraft. Replenishment of the Airline's fleet with such new aircraft will further expand the global presence of "Azerbaijan Airlines."

During the meeting, the parties commended the friendship and partnership relations between "AZAL" and "Boeing" and expressed confidence in the further expansion of mutually beneficial cooperation.