Positive effect of AZCHEMCO solution on soil confirmed by SGS laboratories Produced by AZCHEMCO, Made in Azerbaijan brand, Drip Drop 369 has fully met the call of the UN Food and Agriculture Organization (FAO), Levent Ozdemir, one of the founders of AZCHEMCO, said, Report informs.
104 The product Drip Drop 369, developed by AZCHEMCO under the brand Made in Azerbaijan, has fully responded to the call of FAO - a specialized Food and Agriculture Organization of the United Nations.

Report informs that Levent Ozdemir, one of AZCHEMCO founders, said this. He announced the results of the SGS laboratory analyzes regarding soil application of the product obtained on the basis of a project carried out by AZCHEMCO:

“Previously, the specialized UN Food and Agriculture Organization (FAO) called on research companies to implement projects that can help solve the problems associated with climate change, drought, global warming, and problems in the food sector. In response to this call, we implemented the project. Within the framework of the project, using the Netafim irrigation system at a depth of 30 centimeters, we introduced the product Drip Drop 369, developed by the AZCHEMCO Company, into the soil. We informed the public that this method would lower the soil pH level, the percentage of salinity, thus it will be possible to solve problems with soils unsuitable for agriculture. 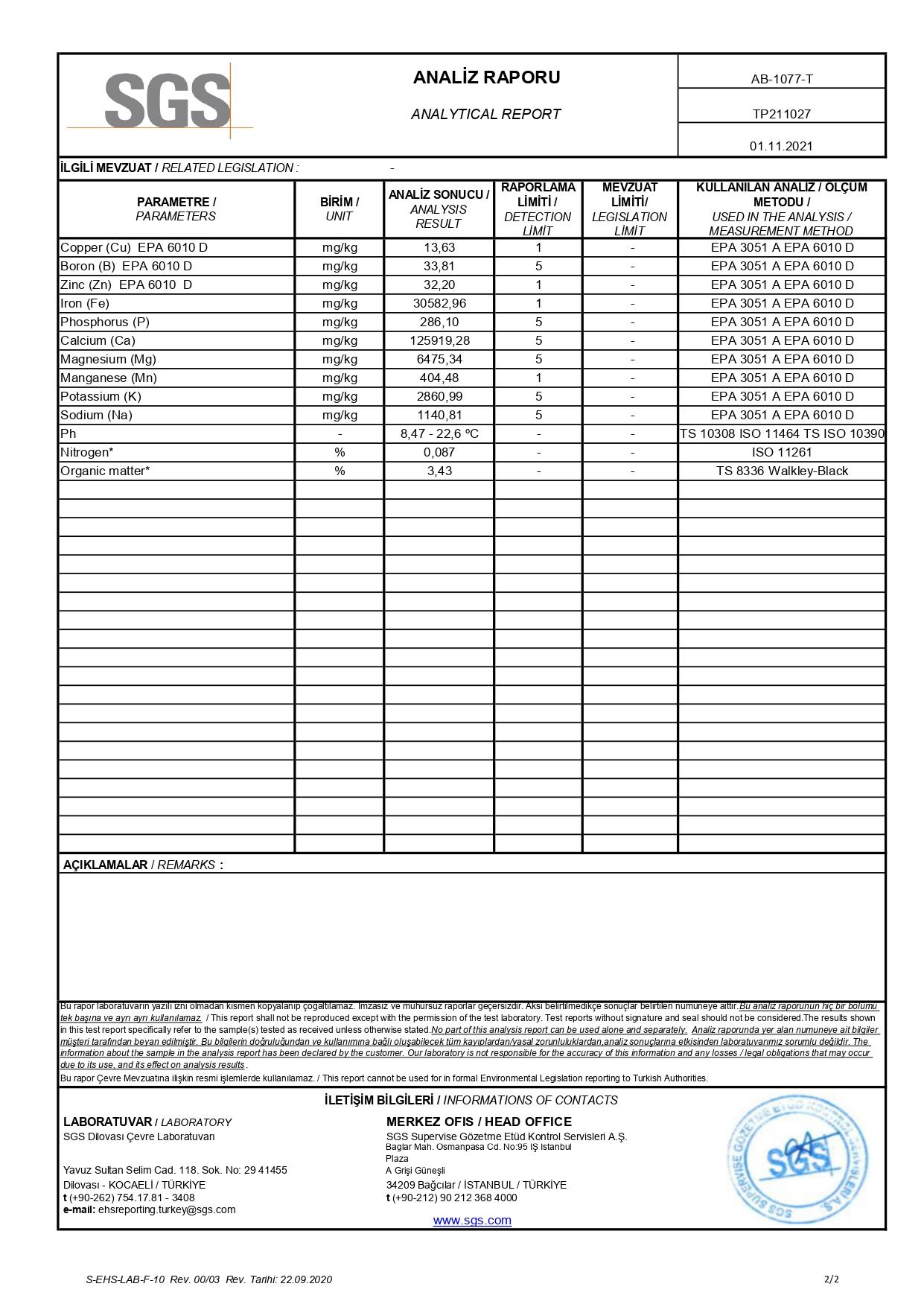 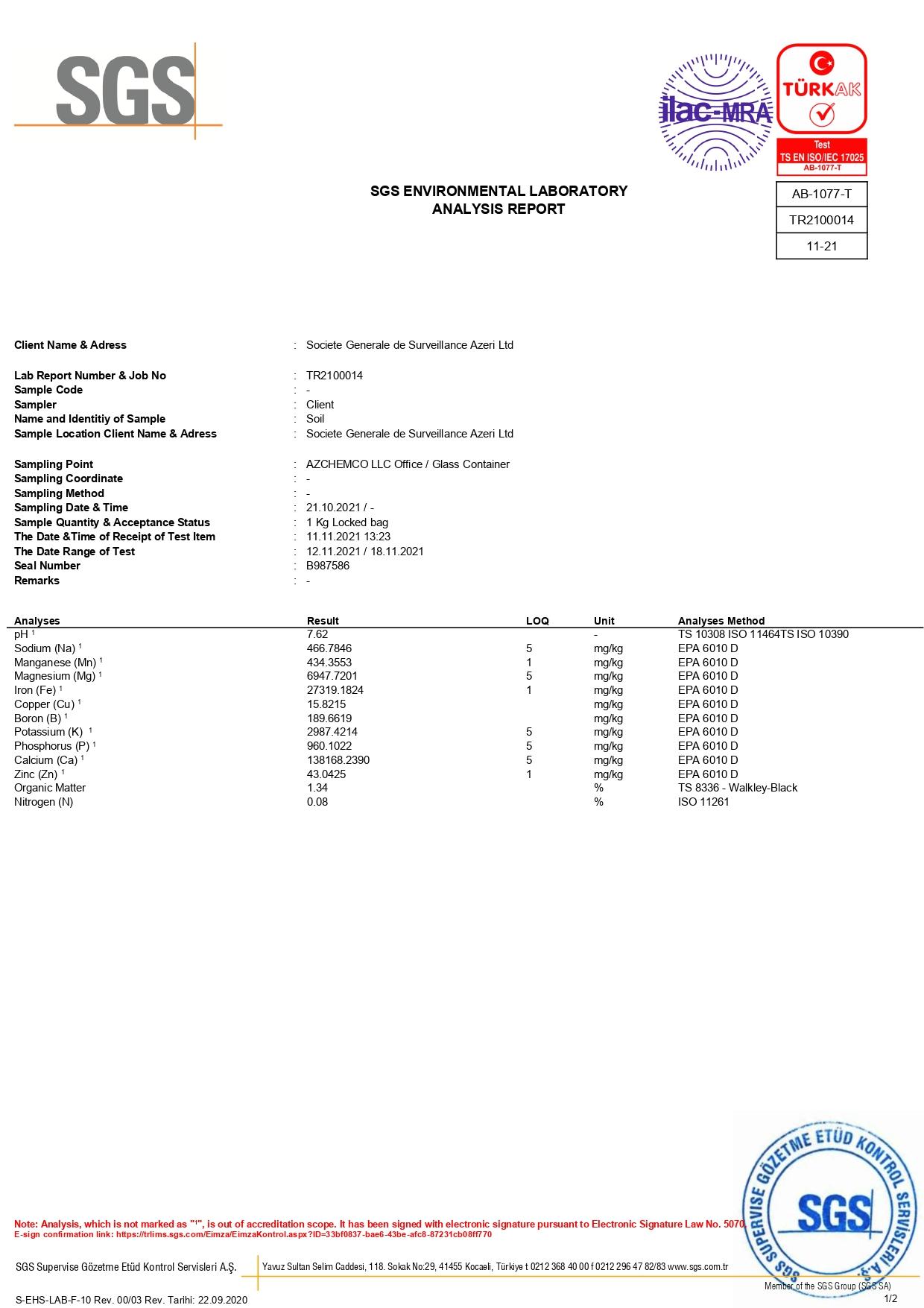 With the participation of media representatives, SGS employees took soil samples in which Drip Drop 369 was used and soil in which the product was not used. The results have been analyzed and we inform you that the product Drip Drop 369 is fully in line with the FAO call. Today is a significant day for both Azerbaijani and global agriculture." According to Levent Ozdemir, the project implemented by AZCHEMCO will be useful for Azerbaijan, the world, and all humankind in terms of renewing lands that are considered unsuitable for agriculture:

AZCHEMCO is pleased to announce that lands that were considered unsuitable for agriculture in Azerbaijan will now become suitable. If we do not use our land properly, if we choose the wrong irrigation and fertilization methods, the problems pointed out by the FAO will only grow. The period when the soil collapsed due to improper fertilization has already passed. With this product, we will fertilize our lands and invest in our future. Official laboratory results show that this problem has been resolved. In the following period, we will introduce new products”.

Contracts have already been reached with Ukraine and Uzbekistan on the export of AZCHEMCO products. Samples of the company's products were presented, and starting December 10, meetings related to export operations will be held in Uzbekistan. According to L. Ozdemir, in combination with the solutions presented by AZCHEMCO, the product obtained at the urea plant will be used as a raw material, which will make the local product more valuable and make a greater contribution to the country's economy:

“President Ilham Aliyev highly appreciates the contribution of non-oil exporting companies to the country's economy. With the help of solutions offered by AZCHEMCO, phosphorus and potash factories can be built in Azerbaijan in the future." According to him, after the completion of the process of demining the territories of Karabakh, the company's products can be used on these lands.

The first project in Azerbaijan for the production of water-soluble fertilizers belongs to the AZCHEMCO Company.