New archeological monument discovered in Chovdar deposit New fragments of ancient material culture remains were discovered during the construction and installation work in the 4th land reclamation area of the Chovdar Integrated Regional Processing Area located in the Dashkesan region of AzerGold CJSC, Report in

New fragments of ancient material culture remains were discovered during the construction and installation work in the 4th land reclamation area of the Chovdar Integrated Regional Processing Area located in the Dashkesan district of AzerGold CJSC, Report informs.

According to AzerGold, in order to study the discovered archaeological monument, the work in the area was immediately stopped, and the Institute of Archeology, Ethnography and Anthropology of the Azerbaijan National Academy of Sciences (ANAS) was asked to organize an archaeological expedition.

With the support of the Heydar Aliyev Foundation, field research was carried out in the area within the agreement signed between AzerGold and the Institute of Archeology, Ethnography and Anthropology on September 3, 2021. During archaeological excavations, 58 stone box graves of the Late Bronze-Early Iron Age (late 2nd-early 1st millennium BC) were identified in the area. Human bones, daggers, spears and cudgels, bracelets, earrings, belts, beads, and other weapons and household items were found in the graves of Khojaly-Gadabay culture. Among the things were numerous pottery jugs, cups, pots, bowls, as well as blue paste beads imported from Egypt and kauris, typical of the Indian Ocean.

Following the principles of archaeological research, all the graves were cleaned, photos and graphics were taken, and relevant notes were made. Samples of material culture were taken from the area, packed, and presented to the archaeological fund of the Institute for in-house research.

According to archaeologists, the new archaeological monument is part of the necropolis explored in 2019 in the area of the 3rd land reclamation area of the Chovdar deposit. During the excavations in the Chovdar necropolis, 156 graves and more than 6,000 exhibits were found and studied. At present, based on these samples, analyzes are carried out in prestigious international laboratories in cooperation with local and foreign experts.

As a result of the analysis, genetic information will be obtained about the kinship of ancient tribes with other peoples of the region. The history of the settlement of ancient tribes, sex, age, diseases, cause of death, a diet of the buried will be studied. Thus, the life, lifestyle, employment of ancient people, the epidemic diseases characteristic of the region for that period will be determined. Also, spectral analysis of metal objects found in the necropolis will allow studying their composition. 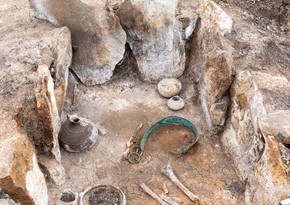 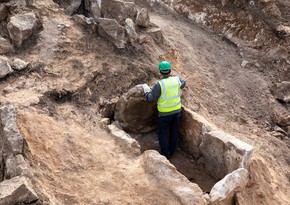 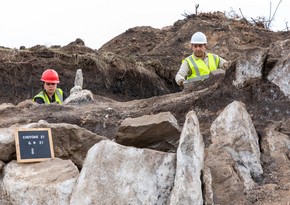 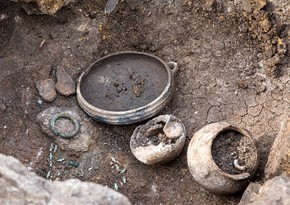 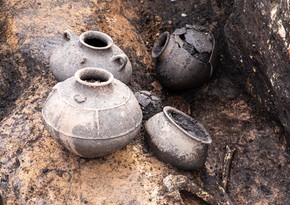 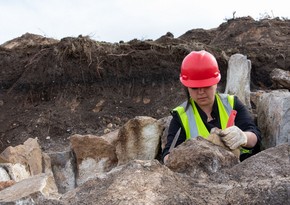