Forecasts by gold producing company in Azerbaijan for next 1.5 years optimistic 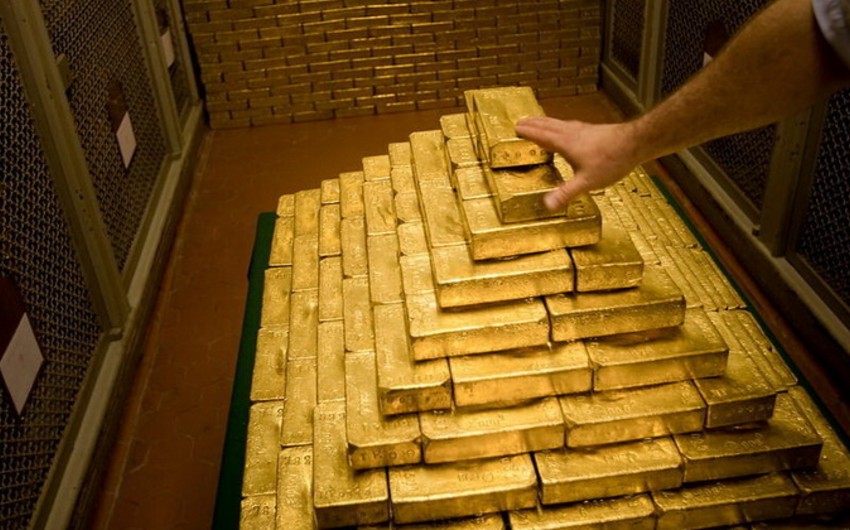 Report informs citing the company. at the meeting Reza Vaziri, the company's CEO, said he pleased with the return of the Company to profitability.

The all in sustaining cost of production of gold reduced significantly from $858 per ounce for 2015 to $616 per ounce for 2016 and as a result the Company recorded a profit before taxation of $6.8 million. This return to profitability went in hand-in-hand with excellent cash generation, with an 82 per cent. increase in operating cash flow before movements in working capital to $34 million, and net debt reduced by $14 million to $35 million at the end of 2016.

"Operationally, we are seeing the mineral composition of our ore evolve over time with an increasing copper content and this has been reflected in both our processing strategy and production. Looking firstly at our production in 2016 - the major theme was a large upswing in copper production, off-setting reduced gold production, and we expect this trend to continue moving forwards. We reported full year copper production for 2016 of 1,941 tonnes, a 100 per cent. increase on the previous year. Silver production also increased 477 per cent. to 165,131 ounces. Production of both copper and silver was significantly increased by our flotation plant, which had its first full year of production in 2016. It produced 6,339 dry metric tonnes of concentrate containing 1,121 tonnes of copper, 4,430 ounces of gold and 122,965 ounces of silver during 2016. Gold production totalled 65,394 ounces at an average all in sustaining cost of $616 per ounce and was sold at an average sales price of $1,253 per ounce - clearly demonstrating our now very healthy production margin.

"These excellent financial and production results reflect the ongoing success of our long-term plan of sustainability and cost reduction. Key components of this strategy for the current year are the extensive exploration and production optimisation of the main open pit and the Gadir underground mines and the start of production of the newly discovered Ugur gold ore body. We are also testing a new configuration of the flotation and agitation leaching plants to give us added flexibility in processing. We have extensive stockpiles of ore which can now be processed whilst mining is temporarily paused during exploration and production optimisation. With this in mind, we have declared a production target for FY 2017 of between 64,000 gold equivalent ounces (GEOs) and 72,000 GEOs, which is a modest reduction on last year's production of 72,304 GEOs during this important phase of exploration and optimisation.

"Finally, I would like to take this opportunity to thank our shareholders for their continued support throughout the past year and to express our optimism for the rest of 2017 and into 2018."