Azerbaijan’s revenues from gold export might increase - COMMENTARIES From April 2017 to November 1, 2019, 154,523 ounces of gold and 252,746 ounces of silver were exported. Total revenues from export amounted to more than AZN 350 million or $265 million, Report informs citing AzerGold CJSC. 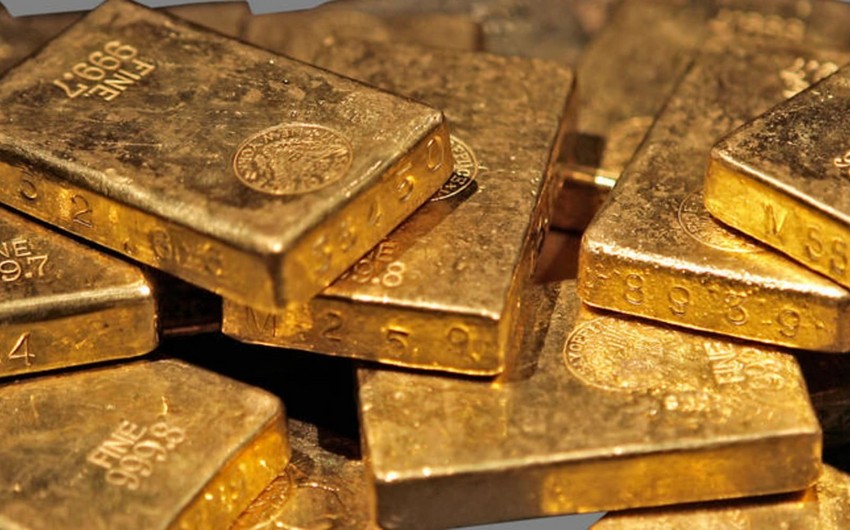 AzerGold said that Filizchay field is considered one of the largest field of Europe for the volume of reserves and is included in the top ten polymetallic fields of the world: ‘The reserves have calculated in accordance with NI43-101 standards. The production works are planned to commence in 2025 and take 27 years’.

AzerGold has been selling silver and gold coins and gold bullions in 12 different points since February 2019. The precious metals have been made in 999.9 fineness by Swiss Argor Heraeus company.

"Gold price in international markets is changing depending on general geopolitical situation. Until last 7-8 months, the gold price was increasing. BREXIT and impeachment issue of the US President, as well as financial crisis expected in the US were among the factors supporting rise in gold price. Consequently, people preferred low-risk assets to risky assets, high bonds. One of them is gold. On the other hand, lucrativeness of government bonds in European countries, most of the developed countries was negative. Even the lucrativeness of Germany’s 30-year bond is negative. Gold does not bring revenues, but it does not require any cost either. That’s big investors, banks had directed a part of their funds to gold. This caused a certain growth in gold and silver prices in the world market. However, as there was a progress in Brexit issue, normalization of US-China relations, signing of an agreement, the investors began to trust risky assets and gradually got away from the gold. Investors are already selling gold and buy risky assets. Therefore, gold price is temporarily declining. However, I think the gold price will grow soon. Even the gold price may rise to $1,600-1,700 an ounce by mid-2020. The rise in gold price will increase Azerbaijan’s revenues from gold export.

According to Unibank’s official Tahir Gurbanov, the gold price will go up in case the situation in the world economy becomes worse:

"Gold price is not only a dynamics of precious metal, but also an indicator of situation in the financial markets. Gold price and demand for it have increased in recent times. Because use of this metal as a shelter was popular during crisis.

This is proved by a table of the ratio of gold price to S&P500 index:

Slowdown in world economy will be one of the factors supporting rise in gold price next year. Investors will transfer a part of their capitals to safe and secured assets. Gold is one of these assets. Therefore, the rise in gold market may continue in the next years.

However, in case the US-China trade war is settled positively, the gold price may be under pressure. In this case, the uncertainty will leave the financial market, investors will prefer less secured assets again. They might not be interested in gold as a secured asset."