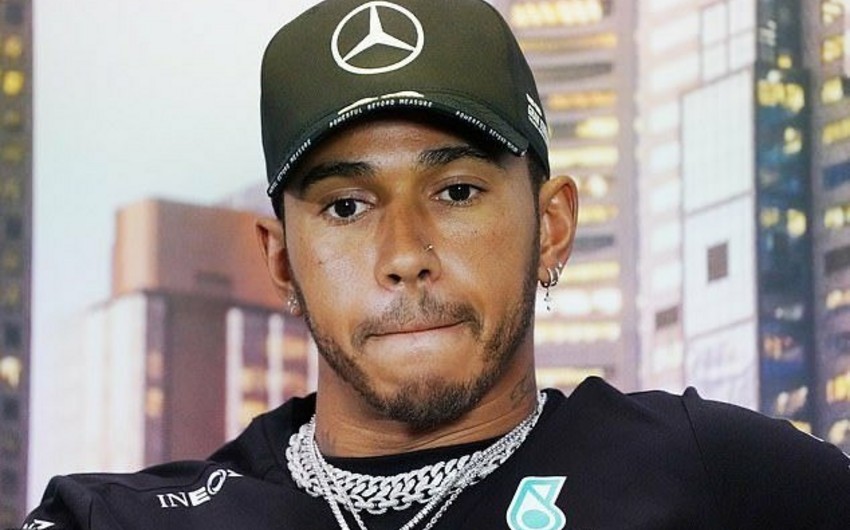 Six-time Formula One world champion Lewis Hamilton took part in the latest anti-racism protests in London on Sunday. He described his experience during the march as "really moving."

Report informs citing the , the 35-year-old is the only black racer in the motorsport and has always been outspoken about the racism he has faced in his prolific career. "Went down to Hyde Park today for the peaceful protest, and I was so proud to see in person so many people of all races and backgrounds supporting this movement," Hamilton wrote on Instagram.

"I was proud to be out there acknowledging and supporting the Black Lives Matter movement, and my black heritage.

"I was also happy to see so many white supporters out there in the name of equality for all. It was really moving. I'm feeling extremely positive that change will come, but we cannot stop now. Keep pushing."

He held a banner which read 'Black Lives Matter' and wore a T-shirt which said 'Black is a vibe.' 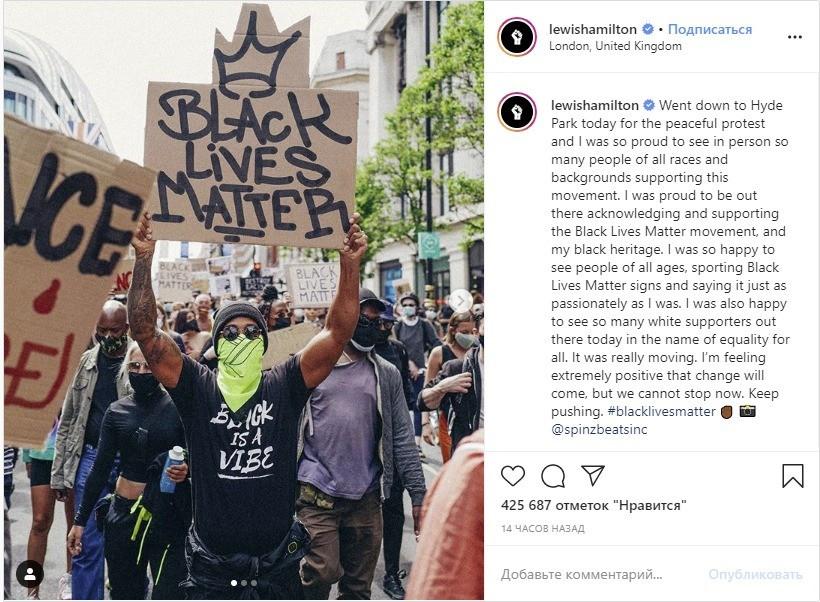