Chinese ambassador thanks Azerbaijan The goal of the Chinese government is to give the world excellent and exclusive Games, Ambassador Extraordinary and Plenipotentiary of the People's Republic of China to Azerbaijan Guo Min told Report regarding the Winter Olympics in Beijing.
118 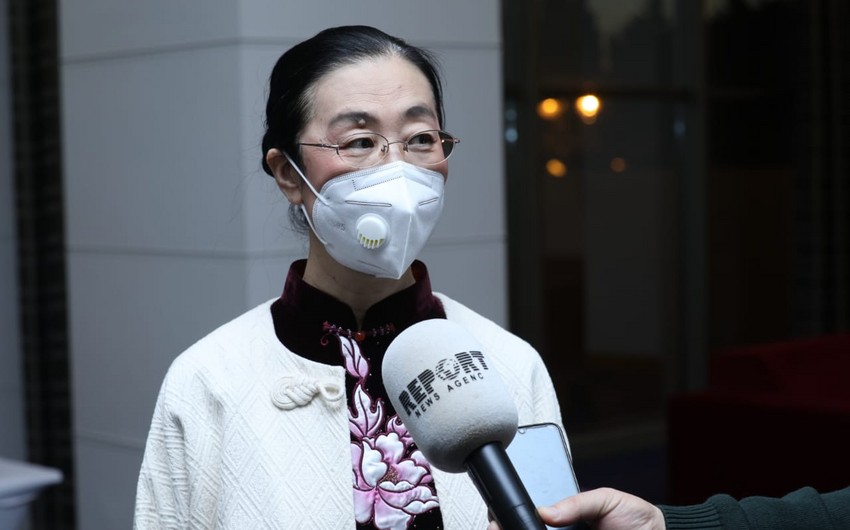 The goal of the Chinese government is to give the world excellent and exclusive Games, Ambassador Extraordinary and Plenipotentiary of the People's Republic of China to Azerbaijan Guo Min told .

She noted that the Olympic torch will be lit again in Beijing after 14 years: "Necessary steps have been taken at the level of the country's leadership. In the preparation process, China has received support from all over the world, including Azerbaijan."

Guo Min stressed that Azerbaijan is a sports state: "Under the leadership of President Ilham Aliyev, sports are developing. In particular, work is being done to develop winter sports. I wish success to the athletes who will represent Azerbaijan in Beijing 2022. The Chinese government is ready to use the Beijing Olympics for cooperation in sports and raise relations between the two countries to a higher level. We welcome the Azerbaijani delegation in the Winter Olympics."

The ambassador also commented on the diplomatic boycott of the Games by several countries: "A diplomatic boycott is not right at all. This is, first of all, an Olympic solemnity. We need solidarity to show the Olympic spirit, especially against the backdrop of the pandemic. In this regard, we are very grateful to the Azerbaijani government for its assistance and support. We wish the Azerbaijani delegation and athletes great success in advance in Beijing 2022. In short, we are ready to receive guests from all over the world and will meet the whole world's expectations. I hope you will watch the Olympics. We look forward to future cooperation with you."

Beijing 2022 Winter Olympics will be held from February 4 to 20. Azerbaijani figure skaters Vladimir Litvintsev and Ekaterina Ryabova have won licenses for the Olympics.