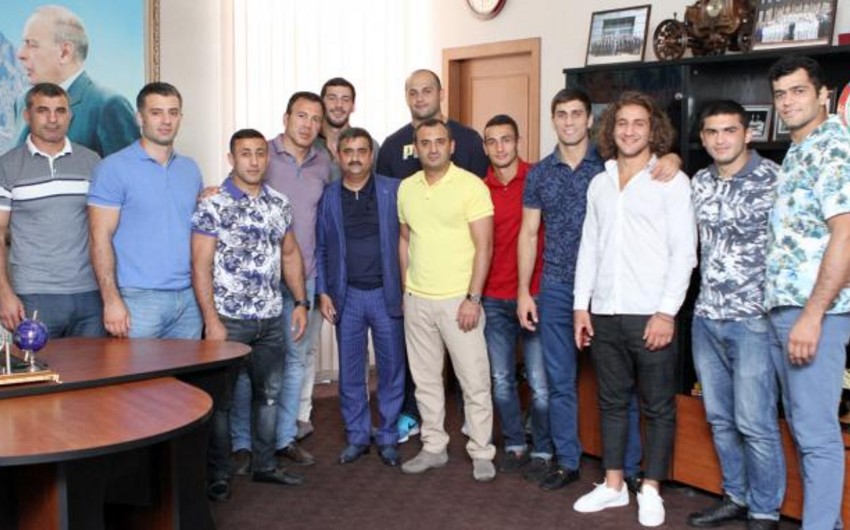 Baku. 22 August. REPORT.AZ/ The Azerbaijan Judo Federation (AJD) has hosted a meeting with members of the National Judo Team departing for Hungary’s capital Budapest to compete in the World Championship.

Report informs citing the AJF's official website, at the meeting, the coaches of both the male and female teams gave information about the trainings, as well as general preparation, to the administration.

Judokas expressed gratitude to the AJF President Rovnag Abdullayev for the created conditions and expressed confidence that they would live up to the expectations. The AJF Vice-President Sadig Sadigov thanked members of the national team for their resilience at international competitions. He highlighted that the AJF would pay special attention for the continuation of success.

Notably, Azerbaijani national team will depart with the 17-member squad (9 men, 8 women) for the World Championship to be held August 28-September 3.