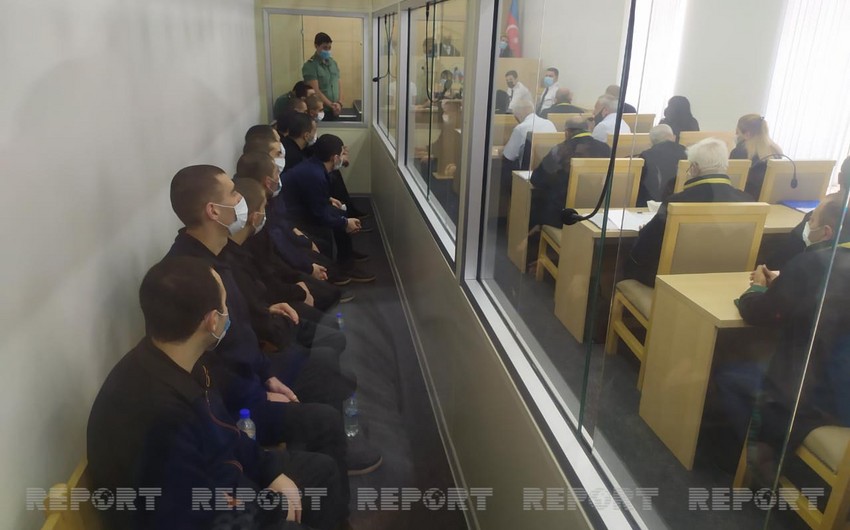 According to Report, the trial chaired by Judge Eldar Ismayilov clarifies the profiles of the accused.

Members of the illegal armed formation illegally entered the Azerbaijani territory, took a position in the forests in the Khojavand region's Hadrut village, and committed terrorist, subversive, and other criminal actions against the Azerbaijani military personnel and civilians. The members of these armed formations illegally crossed Azerbaijan's state border on November 26-27, 2020. As an organized group, they took up combat positions in the forest and other areas in the north-western part of the Khojavand region's Hadrut village. They attacked enterprises, institutions, and organizations, or individuals, organized explosions, committed arsons, or other terrorist acts posing a threat to the life and health of people, capable of causing significant property damage or leading to other socially dangerous consequences, intending to disrupt public safety, sowing panic among the population or influencing decision-making by the state authorities of Azerbaijan or international organizations.

"Earlier, the public was informed that the investigation of the criminal case against 14 members was completed and, together with the approved indictment, was sent to the court for consideration.

"Currently, in connection with the listed facts, a criminal case against 26 more members of an illegal armed group - Mikaelyan Andranik Vazgenovich, Soghomonyan Setrak Samvelovich, Karapetyan Rafik Robertovich and other persons charged under Articles 214.2.1, 214.2.3, 228.3, 279.2, and 318.2 of the Criminal Code Of the Republic of Azerbaijan, together with the indictment approved by the Deputy Prosecutor General of the Republic of Azerbaijan, is sent to the court for consideration."