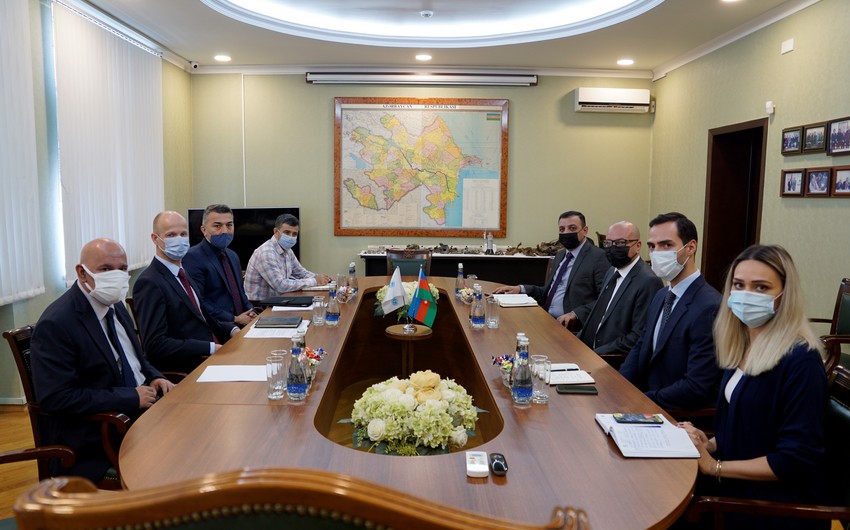 During the meeting, Suleymanov congratulated Alex Heikens on his appointment and wished him success in his future endeavors.

The chairman then briefed on the ANAMA’s establishment, goals and objectives, priorities, as well as the demining operations in the liberated territories.

Informing about several successful projects of ANAMA and UNICEF within the mine and explosive ordnance awareness program, Suleymanov thanked the international organization for the support in mine risk reduction.

Alex Heikens, UNICEF Representative in Azerbaijan, noted that ANAMA has had close cooperation with UNICEF for nearly 20 years. He stressed the importance of continuing collaboration to achieve minimum risks to increase safety awareness among families and children living in the vicinity of the liberated areas.