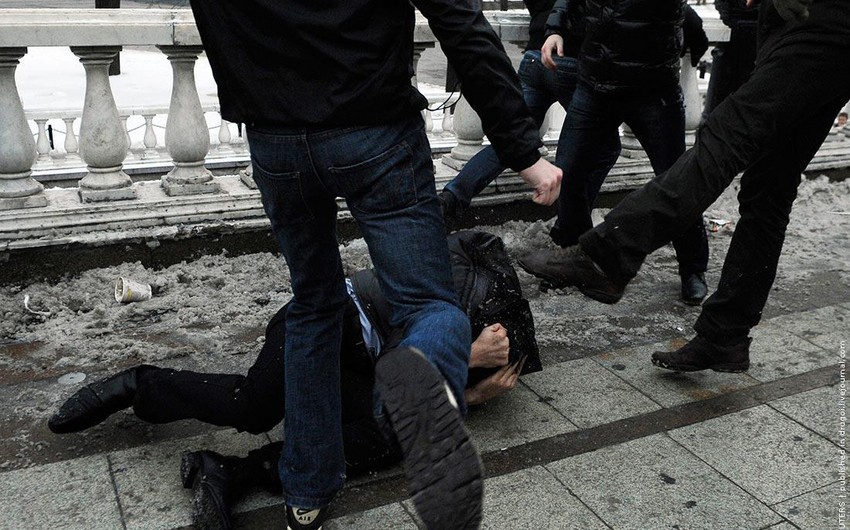 Baku. 13 November. REPORT.AZ/ A group of Armenians have beaten Gurbanov Tariyel Malik, born in 1963, who was originally from Kalbajar district, in a cafe in Melitopol, Ukraine's Zaporozhye Oblast.

Ukrainian bureau of Report informs citing local police that the incident happened between Armenian clients of the cafe, who came to Ukraine to work in construction, and an Azerbaijani client after a debate on national grounds and Karabakh.

The Azerbaijani customer sang a song about Karabakh making the drunk Armenians angry. They, in turn, insulted Tariyel demanding him to keep silent. Hurbanov ignored them and continued to sing after which they attacked him.

In an unequal fight the Azerbaijani was beaten almost  to death. He is now in a severe state; he is placed in one of the hospitals in Zaporozhye. Armenians fled the scene, police search for them.