At least 43 dead in Russian trawler wreck off Kamchatka - UPDATED

At least 43 dead in Russian trawler wreck off Kamchatka - UPDATED There were 132 people on board the Russian freezer trawler. Twenty-six people are still missing
3356 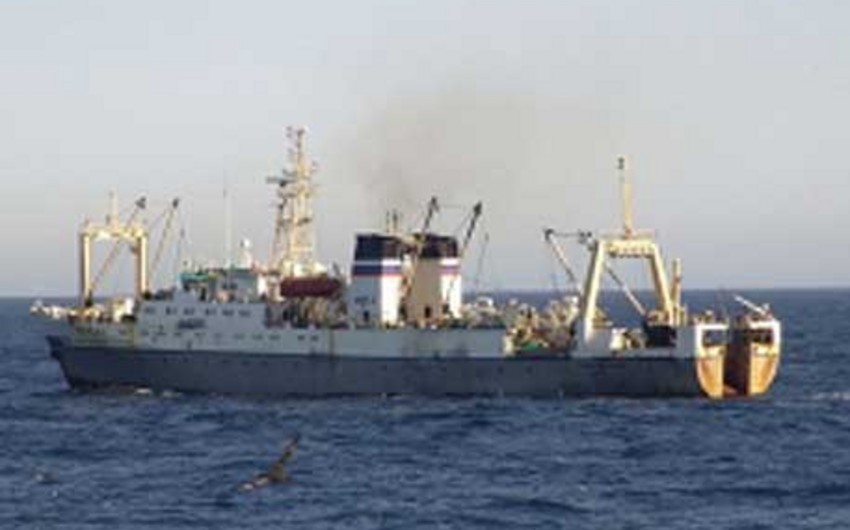 Baku. 2 April. REPORT.AZ/ Sixty-three survivors and 43 dead bodies have been recovered from the sea at the site where the Dalniy Vostok freezer trawler sank off the Kamchatka peninsula in Russia’s Far East, an officer on duty at the local maritime rescue coordination center told TASS.

"All in all 106 people have been taken aboard the ships participating in the rescue operation," the officer said, adding that 43 of them were dead.

There were 132 people on board the Russian freezer trawler. Twenty-six people are still missing. Twenty-six fishing vessels are already involved in the operation.ASS reported earlier that there were 78 Russian nationals on board, as well as 54 foreign nationals from Myanmar, Ukraine, Lithuania and Vanuatu.

The trawler wrecked in the Sea of Okhotsk 330 kilometers west of Krutogorovsky settlement (Kamchatka region) and 250 kilometers south of the city of Magadan. The home port of the trawler owned by Magellan LLC was Nevelsk (Sakhalin region).

Visibility in the area is 24 kilometers, the wind speed is nine meters per second, and water temperature is about 0 degrees Celsius. The reason behind the wreck is not yet clear.

Baku. 2 April. REPORT.AZ/ At least nine people were killed and 46 have been rescued after a Russian freezer trawler sank in the Sea of Okhotsk off the Kamchatka peninsula in Russia’s Far East late on Wednesday, emergency services report.

A rescue operation involving more than 10 ships is under way in the area.

A Mi-8 helicopter with rescuers and medics on board is ready to take off, the press service of the Russian emergencies ministry’s Far Eastern rescue center reports.

Report informs referring to the TASS, there were 132 people on board the trawler.