SpaceX launches rocket with 54 satellites A SpaceX Falcon 9 rocket launched a new fleet of Starlink internet satellites into orbit alongside two rideshare satellites Saturday evening (May 15), before sticking a stunning landing at sea. 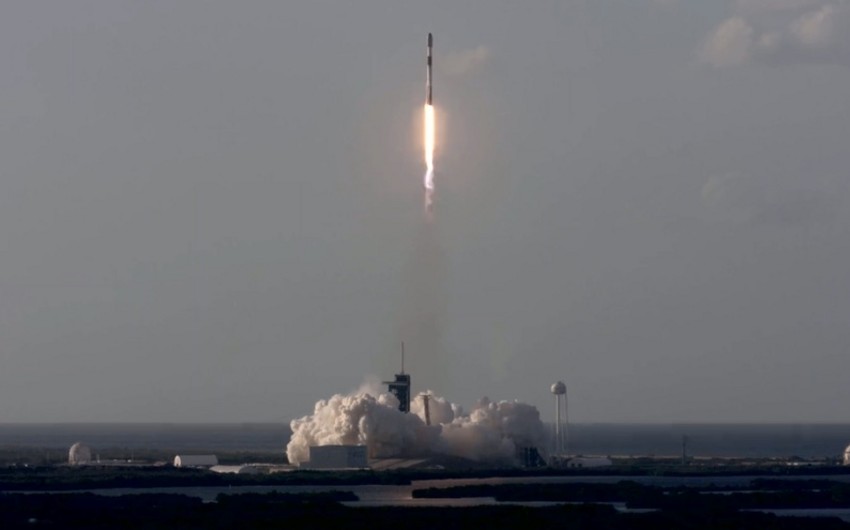 A SpaceX Falcon 9 rocket launched a new fleet of Starlink internet satellites into orbit alongside two rideshare satellites Saturday evening (May 15), before sticking a stunning landing at sea, informs, citing .

The veteran Falcon 9 rocket blasted off from Pad 39A at NASA's Kennedy Space Center in Florida at 6:56 p.m. EDT (2056 GMT), marking the company's 15th launch of the year. It also marked the eighth flight for this particular Falcon 9.

The successful liftoff marked the third time SpaceX launched one of its 70-meters-tall workhorse Falcon 9 rockets within as many weeks, as the company works to expand its burgeoning broadband constellation.

Approximately nine minutes after liftoff, the rocket's first stage returned to Earth, touching down on SpaceX's drone ship "Of Course I Still Love You," for an 8th successful landing. A camera aboard the rocket stage captured spectacular video of the entire descent back to Earth.

SpaceX has been taking advantage of its fleet of flight-proven boosters, as all of its missions so far in 2021 have flown on a reused rocket, with 12 of those missions carrying Starlink satellites.

Saturday's flight, called Starlink 27, is a bit unique in that SpaceX is sharing the payload fairing with paying customers. Tucked alongside a stack of 52 Starlink satellites are two additional passengers: a nanosatellite for Tyvak and a radar satellite for Capella Space.

SpaceX's Starlink megaconstellation was created in order to provide internet coverage to the world while serving as a means to fund its deep space ambitions. To that end, company engineers designed a fleet of flat-paneled broadband satellites to fly over the Earth, beaming down internet coverage to users who can access the service via a compact user terminal.