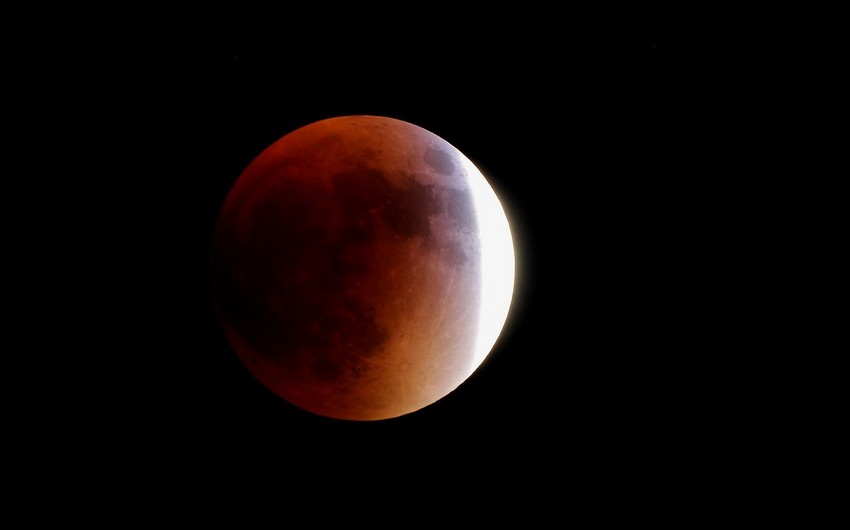 Australian airline Qantas has opened the sale of tickets for the last sightseeing flight, the passengers of which will be able to see a rare natural phenomenon from a height of 13,000 meters - a lunar eclipse during a super moon, Report informs referring to the airline.

“On May 26, 2021, this exclusive one-off Supermoon Scenic Flight will depart Sydney for a two-and-a-half-hour sojourn through the southern sky. After taking in the Sydney Harbour nightlights on departure, the aircraft will climb above any cloud cover and head east out over the Pacific Ocean. Onboard our B787 Dreamliner aircraft, featuring the biggest windows on any passenger aircraft, enjoy mother nature's night lights at 40,000 feet, followed by a viewing of the rising of the supermoon which also happens to be a total lunar eclipse, a highly unusual double act,” the company said in a press release.

CSIRO (the Commonwealth Scientific and Industrial Research Organization) astronomer Dr Vanessa Moss will work with our pilots to design the optimal flight path and also join the flight to provide insights into supermoons and all things space and astronomy, according to the message.

The flight is expected to last approximately three hours, and most of it will take place at an altitude of about 13,000 meters. Ticket prices range within $390-1,175.

A supermoon is a full moon or a new moon that nearly coincides with perigee - the closest that the Moon comes to the Earth in its elliptic orbit - resulting in a slightly larger-than-usual apparent size of the lunar disk as viewed from Earth.