How dangerous are sodas for health?

How dangerous are sodas for health? Doctors and nutritionists have warned that soda can be bad for the brain, cause several mental and cognitive disorders. 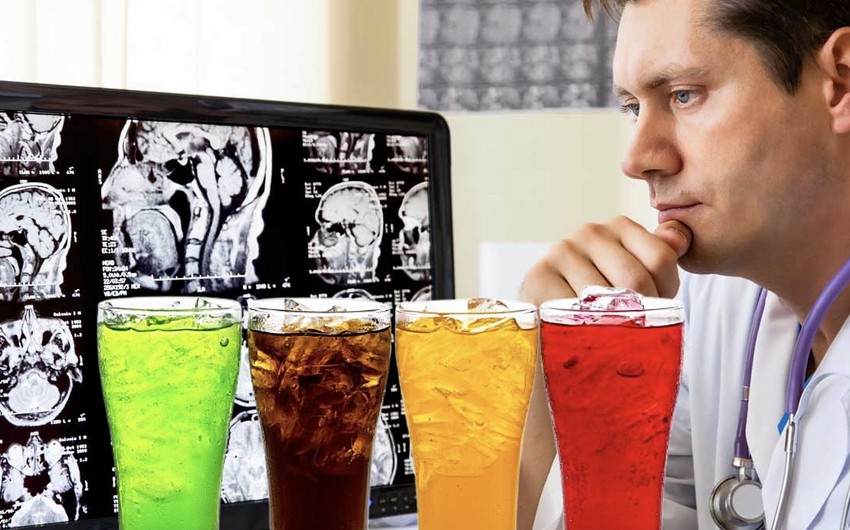 Doctors and nutritionists have warned that soda can be bad for the brain, cause several mental and cognitive disorders, informs citing

"A 2017 study concluded drinking diet soda was associated with increased risk of stroke and dementia," says Holly Klamer, MS, Registered Dietitian Nutritionist of My Crohn's and Colitis Team, citing a study published in the journal Stroke.

In fact, the study's researchers found that, among a group of 2,888 adult participants, those who drank diet soda were nearly three times as likely to develop Alzheimer's disease compared to their counterparts who abstained.

"Due to the caffeine content in soda, sleep duration and quality can be affected," says Chris Airey, MD, medical director at telehealth clinic Optimale.

According to a 2017 study published in the journal Sleep Health, "short sleep is associated with greater intake of sugared caffeinated sodas." However, the study's authors found no association between shorter sleep duration and diet soda.

"Continued consumption of caffeine found in soda can lead to chemical changes in the brain that makes you and your brain crave more. This means that you will feel like you need more soda as time goes on to feel the stimulating effects of caffeine," explains Brittany Lubeck, MS, RD, a nutritional consultant at Oh So Spotless.

Soda may also cause memory problems. According to a 2021 study published in the journal Translational Psychiatry, in an animal model, high sugar consumption during adolescence was associated with memory issues in later life.