Zarif: It is necessary to unite in order to reduce influence of external forces on countries of the Non-Aligned Movement

Zarif: It is necessary to unite in order to reduce influence of external forces on countries of the Non-Aligned Movement Iranian Foreign Minister Mohammad Javad Zarif said 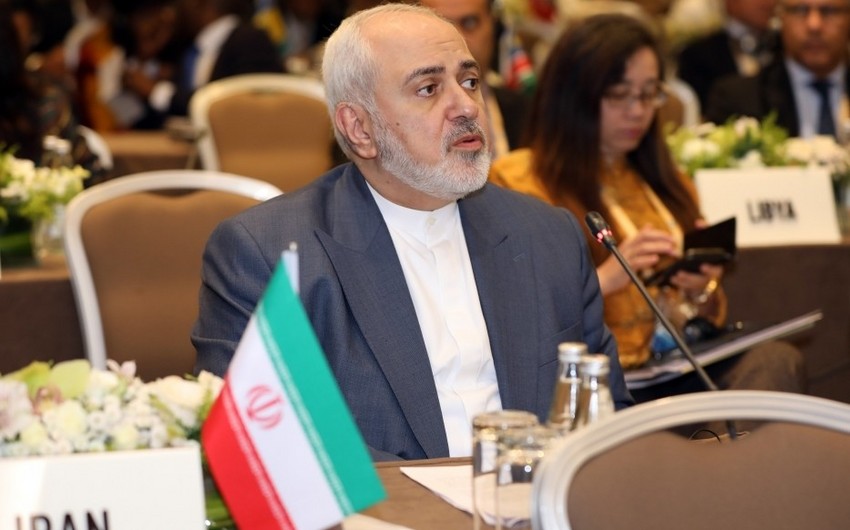 "First of all, I would like to thank our neighbors and brothers - the people and government of the Republic of Azerbaijan - for organizing this Summit and for the warm hospitality they showed to the participants.I also express gratitude to the Bolivarian Republic of Venezuela for skillfully guiding our Movement over the past three years," the Iranian Minister said.

According to him, the "growing contempt" for diplomacy, multilateralism and international cooperation has exacerbated chronic problems and increased uncertainty around the world. “International law, multilateral agreements, Security Council resolutions, and norms of civilized behavior seem to be sacrificed to personal political ambitions,” he added.

"The irresponsible withdrawal of US from the JCPOA, despite Iran's full commitment to its obligations, has become another serious destructive factor in our region and beyond. The American Economic War is actually its economic terrorism."

According to him, US inclination to sanctions against a number of countries undermines the fabric of international relations, economic relations and endanger hundreds of millions of people, as well as global trade.