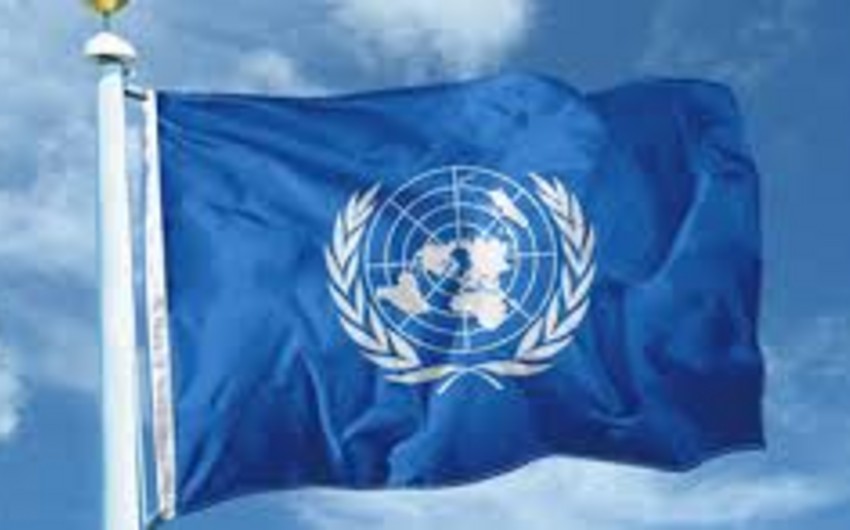 Baku. 17 February. REPORT.AZ/ The United Nations Development Programme (UNDP) in Azerbaijan and the Ministry of Ecology and Natural Resources of the Republic of Azerbaijan signed a Project on the Fourth National Communication and the Second Biennial Reporting under the United Nations Framework Convention on Climate Change (UNFCCC).

Report was informed in the UN Baku office, the project is funded by the Global Environment Facility (GEF) with a total budget of USD 852 000 and has been prepared in close cooperation between the Ministry and UNDP. The newly signed project will support the Government of Azerbaijan through the Ministry of Ecology and Natural Resources to continue reporting under the Convention.

The project will further advance the climate change agenda in Azerbaijan by collecting, analyzing, summarizing and presenting to the United Nations Secretariat for UNFCCC important information on emissions by different sectors of economy such as agriculture, energy, transport, construction, forestry and others. It will also enhance the capacity of local experts in application of modern data collecting and analyzing techniques and methodologies.

“We are the first generation that can end poverty and the last one that can avoid the worst effects of climate change. SDGs open promising doors for our cooperation and create new opportunities for more synergies. Contributing to the global cause willenhance the international standing of Azerbaijan in this field as well”, Mr. Isaczai said.

Despite emitting about 0.1% of the total greenhouse gasses, Azerbaijan implements projects and actions not only in climate change adaptation, but in its mitigation as well. In accordance with the recently ratified Paris Agreement, Azerbaijan voluntarily has taken obligation to achieve 35% reduction in greenhouse gas emissions by 2030 compared to the base year 1990 as its contribution to the global climate change mitigation efforts. Azerbaijan reports regularly on the status of its respective actions and results. The Government has already developed and submitted to the UNFCCC its First, Second and Third National Communications in 2001, 2010 and 2016 respectively.