Prosecutors General of Azerbaijan, Russia and Armenia meet in Kazakhstan 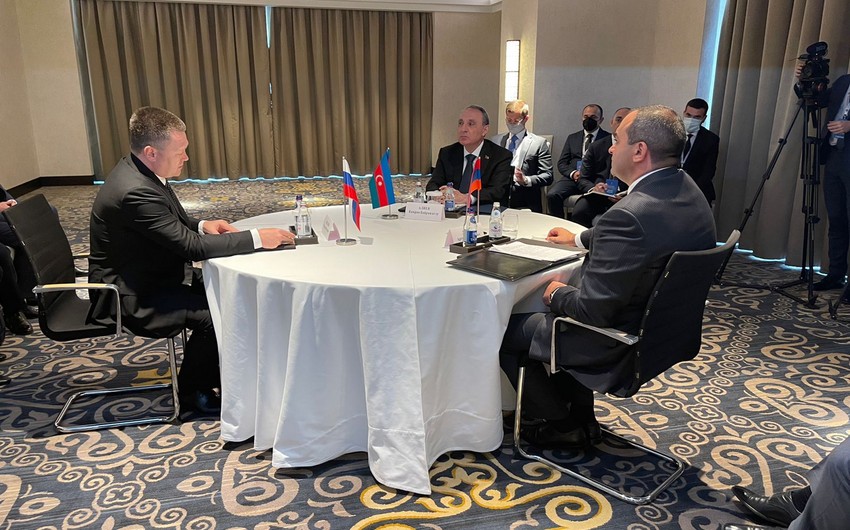 The sides noted the effectiveness of the tripartite format and praised the work done by the parties to strengthen the rule of law in Karabakh over the past nine months.

Kamran Aliyev touched upon the importance of joint efforts to find missing persons after the 44-day war and continuing this process.

He stressed the importance of handing over the land mine maps in protecting people's lives and health and the need to continue cooperation in this area.

Russian Prosecutor General Igor Krasnov thanked his Azerbaijani and Armenian counterparts for their constructive cooperation and efforts to achieve peace and stability for the benefit of the region's peoples.

The meeting focused on the implementation of statements signed by the leaders of Azerbaijan, Russia, and Armenia and future cooperation in the legal field.

The parties reaffirmed their support for the agreement to strengthen ties in preventing future tensions.